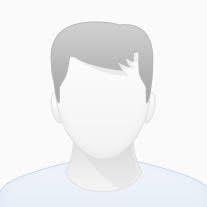 In a press release on Saturday, the Minister of Education of Greece, Costas Gavroglou, announced a bill in mid-January for a new proposed international university, it will be ready for public consultation.

Gavroglou noted that the required parliamentary processes can be completed in time for the plenary to vote on the bill by the end of February.

Speaking after a meeting between Prime Minister Alexis Tsipras and representatives of the four tertiary-level educational institutes that will collaborate to form the new university, held in Thessaloniki on the same day, Gavroglou highlighted the benefits for northern Greece.

"It is a new beginning for a project that will play a developmental role in the region, but it will also open many channels of communication with the Balkans, both academically and in research," he said. As to when the new university departments will be opened, he noted that there was a unanimous resolution that also referred to the launch of the operation of the new departments.

The initial phase would encompass at least eight new departments, the minister said, while the ministry also focused on finding personnel so that all the departments on the list of universities had the minimum number of personnel needed to operate autonomously.

This meant new teaching positions, which would be decided in consultation with the university authorities, said Gavroglou, to be announced during the parliamentary debate.