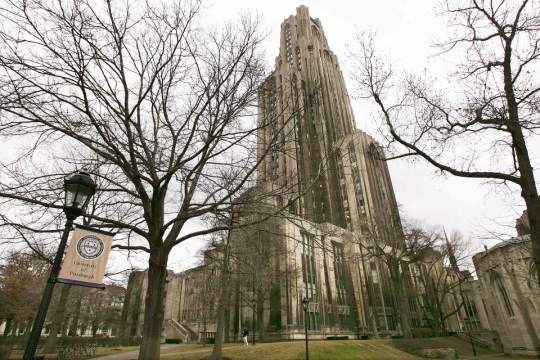 The University of Pittsburgh selected a a former justice of the Supreme Court and current associate vice president of the University of Utah as the new dean of Pitt Law School, officials announced Tuesday.

Amy J. Wildermuth, who is currently associate vice president of academic and academic affairs at the Salt Lake City-based university, will replace outgoing dean William M. Carter Jr., who announced her plans to return to full teaching time for June.

Wildermuth, 45, said she had not known about the opening until someone, who still does not know who, nominated her in search of possible Pitt deans. She had family in the area that encouraged her to look, and both the city and the school attracted her, she said.

"I was increasingly impressed with the university and law school, both of which are on an upward trajectory that is really impressive," he said.

Wildermuth had previously served as director of sustainability at the University of Utah and a professor in the law faculty of that university focused on areas of civil procedure, administrative law, environmental law and the Supreme Court. Prior to joining law school in Utah, she had been a legal clerk to United States Supreme Court Judge John Paul Stevens.

In Utah, he said he worked extensively to encourage cooperation between law school and other departments so that doctors, engineers, businessmen, lawyers and law students could work together on real-world problems, research and experience practice. She said she hopes to bring a similar approach to Pitt.

"A law school can be quite isolated, they do not always think about departments," said Wildermuth. "We have to think about how we form teams of people to work on big issues and big projects … to gather people in a room and say: 'you are an engineer, you are a doctor, you are a lawyer, how do we communicate?'"

He cited the Pitt Institute of Innovation Practice, which focuses on the connection of law with technology, art and design, as an example of such an interdisciplinary program.

"I am sure she understands the opportunities to advance the school by leveraging traditional strengths and leveraging the assets of the largest university," wrote Deputy Chancellor Patricia Beeson in the Wildermuth hiring announcement. "She is unequivocally committed to improving legal education and will draw on her administrative, research and practice experience to lead Pitt Law in its next phase of excellence."

The first day of Wildermuth will be on July 1. He said he would finish his responsibilities in Utah and move to Pittsburgh, preferably a short distance from the university, before June, but with his wife, Gwen Foster, teaching sixth grade and his 6-year-old daughter in school, the family was triply tied at the end of the school year.

Matthew Santoni is a staff writer for the Tribune-Review. Contact him at 724 836 6660, msantoni@tribweb.com or on Twitter @msantoni.