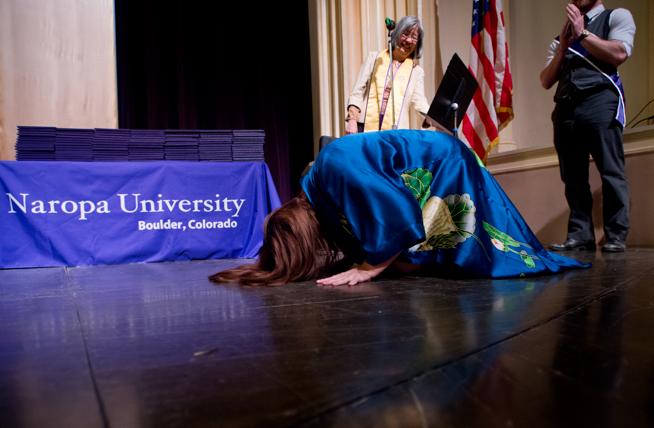 Naropa University eliminated Sakyong Mipham Rinpoche, the leader of Shambhala International, from his board of directors after accusations of sexual assault against him surfaced last week. ( Autumn Parry / Daily Camera )

The Naropa University of Boulder this week removed Sakyong Mipham Rinpoche from his Board of Trustees, saying he found that the allegations of sexual misconduct against the leader of Shambhala International were "credible and credible."

In addition, members of Shambhala's governing body born in Boulder, the Kalapa Council, announced on Friday that they will all leave their posts.

A report published last week by Project Sunshine contained anonymous accounts of several women accusing Mipham of sexual assault. So far, neither Mipham nor the Kalapa Council have confirmed or denied the accusations, although Mipham sent a letter before the publication of the report in which he apologizes for the "damage" in past relationships with women.

The responses of other Shambhala leaders have been slow to arrive, but a request from change.org requesting the resignation of Mipham has gathered more than 600 signatures.

Naropa, the Buddhist-inspired university created by the late Shambhala founder, Chogyam Trungpa Rinpoche, announced on Thursday that his Board of Trustees met on July 1 to discuss the accusations against Mipham and found out that women's accounts are "credible." and credible. " Subsequently, the board asked Mipham to resign his duties as ex officio member of the board and Naropa Lineage Holder, which he agreed to do immediately.