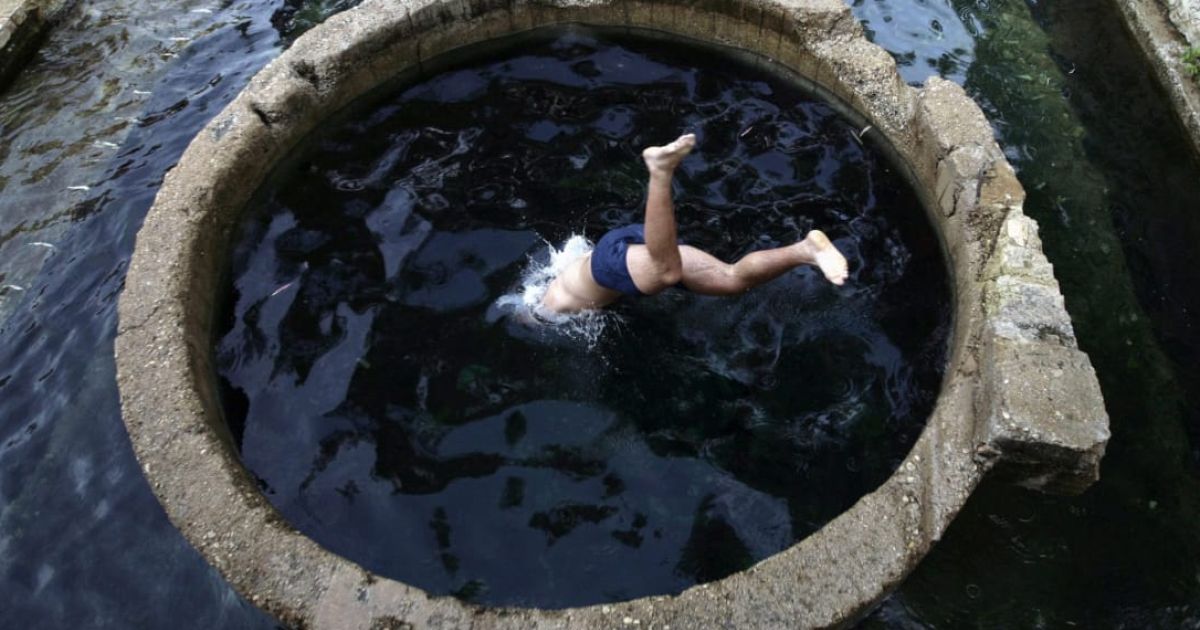 On Thursday, July 27, in the Senate of the Hebrew University on Mount Scopus, a conference called "Environmental Quality and Preservation of Nature Transcending Borders "- the event was organized by the School of Environmental Studies of the university. Just as a few months ago I attended a conference at the Mexico Hall of the Faculty of Humanities to recruit employees for the Shin Bet security service, I attended the environment conference.

It was a meeting of thieves of land, water and natural resources, a summoning of settlers, their yes-followers and their henchmen on both sides of the Green Line, there is no other way to describe it.

Among the organizers was the Kfar Etzion field school in Gush Etzion of the West Bank, which extends over land it does not own. (Do not say "state land," what state?) The residents of the swallowed Palestinian villages have transformed themselves from farmers into unemployed workers and settlers. Another sponsor was Samaria and the Jordan Valley Research and Development Center, which operates under the auspices of the Ariel de Samaria University Center.

Among the speakers was the head of the Israeli Civil Administration in the West Bank, who gave a lecture in uniform, the head of the Municipal Association of Environmental Quality for Judea, and the head of the same group for Samaria; only the settlements belong to those last two organizations.

There was also Gilad Ach, who lives in the settlement of Eli, a founder of the Ad Kan group that conducts "undercover investigations to expose groups that pose as human rights organizations." Currently, Ach runs the Forum for a Green Israel, founded by youth who previously belonged to "special units" in the Israel Defense Forces.

Thanks for signing up.

We have more newsletters that we think you'll find interesting.

The email address you have provided is already registered.

Ach's interest in the conference was to warn about the plague of the "pirate quarries" operated by Palestinians and having all the permit procedures required in Israel applied to them, as if this large strip of land had already been annexed.

There were also people from the Israel Parks and Nature Authority, which is responsible for the belt of "national parks" around Jerusalem that close the Palestinian villages that have been annexed to Jerusalem and block its development. It is this authority that delivered the operation of the David City National Park in the heart of the Silwan neighborhood east of Jerusalem to the settler group Elad, also known as the Ir David Foundation.

Emblazoned at the top of the conference program was: "The conference will examine possible directions of action to advance and improve the environment in the reality in which we live, without responsibility for the land and its inhabitants, members of both peoples " That's what they wrote: "members of both peoples." "Environmental quality and the preservation of nature transcend borders," they wrote (in defective Hebrew). The typing fingers transcended the long-eradicated borders and were not arrested.

The fact of the exclusive use of the "Judea and Samaria" conference (instead of "the West Bank") testified to its illegal and illegitimate political character. In fact, Hebron is a city in Judea and Schem (Nablus) is the capital of Samaria, and its Palestinian inhabitants derive great pleasure and benefit from their neighbors Kiryat Arba, Itamar, Yitzhar and the rest.

And the Bedouin place Khan al-Ahmar is, of course, green and flourishing in its proximity to Kfar Adumim and his offspring. And the string of settlements alien to their surroundings in the West Bank hills, which were once gently curved and now covered in concrete and cement, are undoubtedly the vanguard in the fight for environmental quality.

And what about the violent Jewish takeover of the springs that were once recreational places for the residents of the village? And what about the criminal form in which water resources are divided between settlers and local Palestinians?

Settlers splash in pools and Palestinians' pipes are dry for days during the summer, with their tanks clogged. All this, apparently, were not worthy issues at the "professional" conference on environmental quality in the Senate Hall of the Hebrew University.

While the knuckles in my clenched fists became whiter by the minute, I sat there and listened to what was said until I could not help but react to the self-proclaimed hypocrisy of "the reality in which we live." "I demanded again and again that the speakers say something about the distribution of natural resources in the region they were discussing, that they dip their clean hands in the real filth that is spreading across the oppressed land they boast of benefiting from But I was scolded everywhere to stop turning a "professional conference" into a political event.

The day before the conference I visited Silwan, where I met people from the parks authority and saw the suffering they are causing to the residents of the neighborhood. The lives of local people are hell, in a nutshell. And the hand of the authorities is still extended, day after day and hour by hour, to scare them, further reduce their already small living space and dig near and under their houses until the cracks ruin the walls. Then they will evict people.

A few weeks before the conference I visited the Jordan Valley and saw the politics of ethnic cleansing in full swing under the baton of the settler. And now, for a session at the conference called "Declaration of a reservation: a new opportunity for the people of the valley," an invitation was sent to the head of the Jordan Valley Council, David Elhayani, patron of the violent posts in the valley. They lead the shepherds and their flocks out of their grazing lands. So you know who the "new opportunity" is for.

Responding to Zafrir Rinat of Haaretz, as reported in the Hebrew edition of last month, Professor Eran Feitelson, director of the Higher School of Environmental Studies, said: "In my opinion, one of the roles of the academy is to serve as a platform for diverse opinions. "

But how are the opinions of the settlers and their relevant ideological institutions for a professional conference on environmental quality in the West Bank? After all, they are relevant only for a political conference. And how can a platform be given to the people of the Israel Parks and Nature Authority without mentioning their work that is destroying the lives of thousands of people in East Jerusalem?

Certainly, the Society for the Protection of Nature in Israel established beautiful nature reserves in the West Bank, but the military immediately declared them out of bounds for the Palestinians. Purity of water? The welfare of flora and fauna? And the human environment? After all, the vast majority of people in the West Bank are Palestinians, to whom the Jewish settlement project is stealing all kinds of resources, from natural resources to human rights.

In the two lectures at the Hebrew University, both in the elaborate and ugly Shin Bet conference and in the hypocritical "environmental quality" conference, no speaker raised his voice in protest. And you, enlightened scholars, do not even think to say that after my speech on April 3 at the Shin Bet conference, they sent letters of protest to the dean of humanities and the rector, and they received the answer, as they told me, that "an error occurred here".