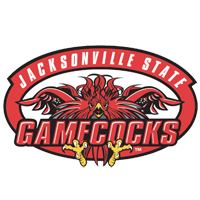 The Knights close the ASUN Crossover with defeat against the Hatters

JACKSONVILLE, Fla. – The Bellarmine Knights closed the ASUN Conference Crossover weekend with a straight-sets loss to Stetson on Sunday morning at the University of North Florida Arena.

The Knights couldn't stop the Hatters' attack as Stetson hit .302 for the game and held a 49-33 lead in kills.

Stetson roared out of the gates, taking a 14-5 lead. in the first set before Julia Dailey entered the latter stages and provided a spark for the Knights with four spikes. Bellarmine failed to complete a comeback, and the Hatters took a 25-18 victory in the first game.

The script was very similar in the second game when Stetson opened a big lead at 11-2. This time, the Knights failed to take the lead when the Hatters posted a 25-14 victory.

The third set played out very differently, with the Knights beating Stetson .233 to .216. In the end, Stetson was able to score the points when necessary, scoring the last two to secure the match with a 25-23 victory in the third set.

Dailey set the pace for Belarmino's offense with nine kicks. seasonal with Jayme Scott and Bailey Roszman adding eight each. Setter Sam Rickert recorded a double-double with 27 assists and 12 attacks.

Anna Lococo made a solid effort from her libero position for the Knights, coming in with a total of 17 attacks.

The Hatters (11-12, 6-5 ASUN) were led by 14 attacks from Elena Djokovic, while setter Nyah Molina also achieved a double-double with 39 assists and 14 attacks.

Belarmino (6-17, 2-9 ASUN) returns to the ASUN West Division game next week with road games at Jacksonville State and North Alabama on Friday and Saturday.