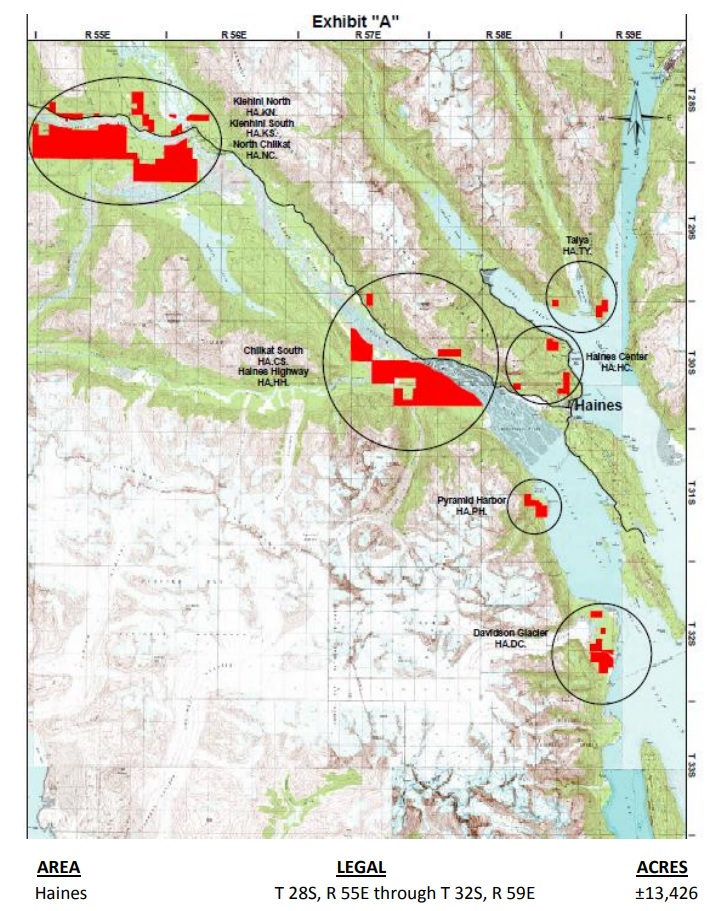 The 13,426 acres are scattered throughout the Haines district. (Map Courtesy of the University of Alaska)

Members of the Haines Assembly are frustrated with the University of Alaska.

The university announced in March that it was entering a timber sale negotiated on 13,000 acres of its land in Haines Borough.

The 10-year project is estimated to generate 150 million board feet from different areas of the Chilkat Valley.

Representatives from the UA, the Forestry Division, the Land Office of the Mental Health Trust and the United States Forest Service are holding an open house meeting tonight at Haines.

But, some members of the assembly were not satisfied with the format of the meeting. The agenda consists of opening comments from the different organizations and a working session for smaller and informal discussions.

The assembly voted 4-2 to send a message to the different parties that the assembly will retain project support until there is an open public meeting, where questions from the community are answered in public, as opposed to individual conversations .

The public comment period on the sale is open until May 22 at 5 p.m. Comments can be sent to ua-land@alaska.edu.