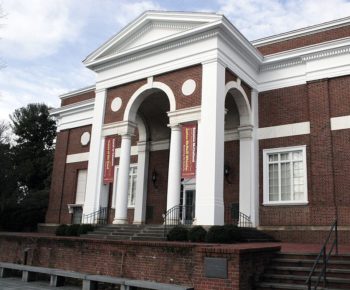 The Fralin Art Museum of the University of Virginia receives $ 3 M. to endow the address -ART news

The Fralin Art Museum at the University of Virginia in Charlottesville has received $ 3 million to award its address, which has been occupied by Matthew McLendon since January of 2017. Of that sum, $ 2 million comes from the family of J. Sanford Miller, a venture capitalist and UVA alumnus who is now a general partner of Institutional Venture Partners in Silicon Valley; $ 1 million comes from the university's Bicentennial Professors Fund, which awards grants for various philanthropic efforts.

"The Fralin Art Museum is fundamental to the educational mission and the values ​​of inclusion and excellence of this great public university." Miller said in a statement sent to the press. "The arts are essential to translate and humanize our shared experience in a society increasingly based on technology"

The Fralin, which was established in 1935, is currently home to a show of Adolph monotypes Gottlieb, and another of the architecture and design drawings of the founder of the university, Thomas Jefferson. Both are run until April 29.