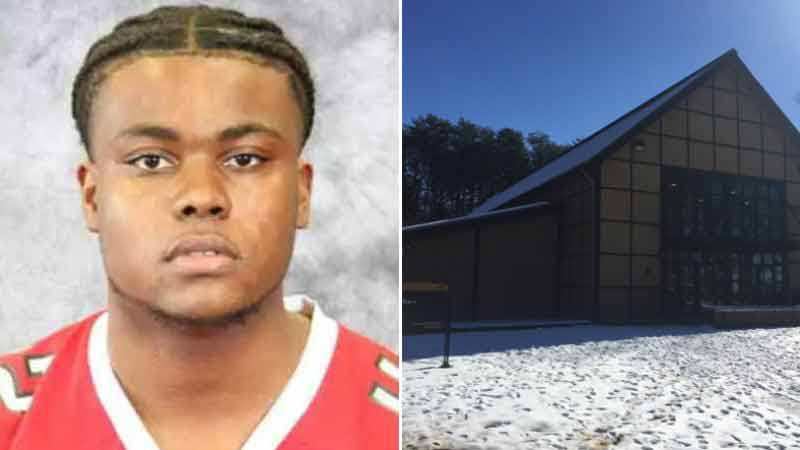 WINSTON-SALEM, NC – A soccer player from Winston-Salem State University died after being shot at an event at Wake Forest University early Saturday morning.

Najee Ali Baker, 21, was taken to a hospital and died, according to a press release from the Winston-Salem police.

Police were called to The Barn, an event venue on the school campus in the 1800 block of Wake Forest Drive, at approximately 1 a.m. after a shot was fired.

Police said the victim was shot after an argument. It happened at an event organized by the Pi Omicron chapter of Delta Sigma Theta Sorority Inc., a student organization of Wake Forest University.

The Winston-Salem police do not believe the shooter has remained on campus. No one has been arrested in the shooting. Police said it appears to be an isolated incident.

"Honestly, it was really shocking," said Wake Forest University student Aman Mehmood. "We received the text message, it surprised me a lot because it's not something you expect to happen here."

The victim was a transfer student and went to the football team of Winston-Salem State University. His specialization was physical education.

Several students from Wake Forest University and Winston-Salem State University attended the event and officials from both universities are working to support students affected by the incident.

Baker's teammates met on Saturday after learning of the tragedy. The WSSU Student Government Association plans to hold a vigil on campus in honor of Baker on Wednesday.

The investigation is in the early stages and the authorities remain on the scene. More evidence is being gathered and witnesses are being interviewed.

"I try not to let him take advantage of me or, fortunately, of any of my colleagues," said Winston Salem State University student, Tashina Thomas. "We just have to keep moving forward and learn from those violent experiences and, hopefully, make better decisions in the future."