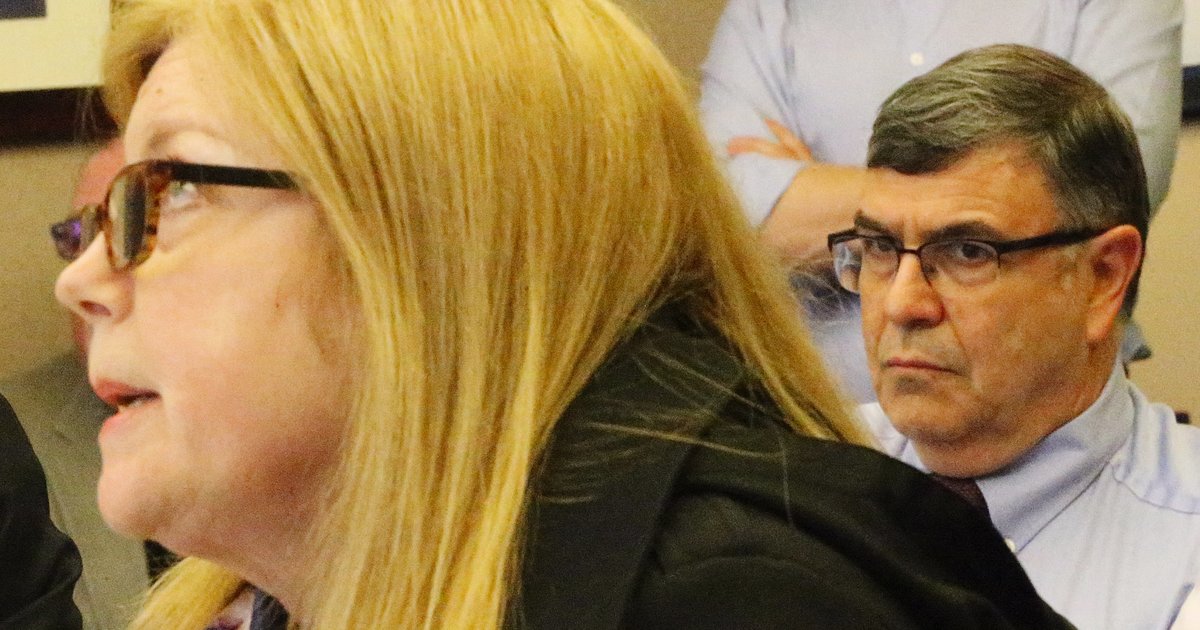 With a financial hole of $ 42 million, the faculty of dentistry at the University of Washington has dismissed 22 people, provoking criticism the loss of specialized services. In addition, Joel Berg, who had resigned as dean but continued to work at the UW, will resign on September 15.

More than 20 years ago, radiation and chemotherapy cured Steve Barclay of throat cancer, probably to save his life. But since then, the damage to his throat caused by radiation made it increasingly difficult for him to speak and be understood.

So he turned to Jeffrey Rubenstein, professor of restorative dentistry at the University of Washington School of Dentistry and one of the few specialists in this region who could create a prosthesis to fill a hole in Barclay's throat and make his speech clearer

But this month, the dentistry school at the University of Washington, which has a $ 6 million deficit this year, added to its $ 36 million debt, dismissed 22 people. Included in the dismissal: a laboratory technician and two patient coordinators who made up the entire Rubenstein staff.

"Without my staff, I have actually been fired," said Rubenstein, who estimates that he has several hundred patients in a region of five states, many of whom need ongoing care. He called his staff critical for his work.

Acting dean of dental school, James Johnson, said there could be others dental assistants and technicians who could help him, although he acknowledged that Rubenstein's staff was very skilled.

"It's not acceptable," state Rep. Michelle Caldier, R-Port Orchard, said of the cuts, particularly Rubenstein's practice. "If you are the only place in the state that offers certain services, you must make sure there is another place where patients can go before cutting off services."

Calderon, Rubenstein and about two dozen dental school workers and professors appeared before the UW Board of Regents on Wednesday night to ask questions about the layoffs. They spoke during a period of public comment, but the board did not address the issue. In March, the board reviewed a report from a consultant recommending changes to the dental school to put it on a more solid financial footing, and Johnson is working on a plan to eliminate the deficit over time.

Exactly why the dental school is so deeply in debt is open to debate. The university's rector, Jerry Baldasty, said that this is mainly due to the low reimbursement rates of Medicaid patients, many of whom can not get private care.

But teachers have complained for several years that the school is poorly managed and have failed the university for not being more transparent about their budget.

Some blame the former dean, Joel Berg, who resigned the position in October. Berg continues to work at the University of Washington, earning a salary of $ 301,980 for resident education and practicing at the school's Pediatric Dentistry Center. On Friday, the school said that Berg would resign on September 15.

Caldier, who is a dentist, said that reducing the clinical staff is "penny smart, pound-fool" because the school can not treat so many patients, which makes their collections decrease. She said she had questions about how the university manages the tuition dollars, and has requested an external audit of the school.

The layoffs will save the school about $ 1.1 million over the course of a year, said Bob Wanezek, assistant dean of the school of dentistry for strategy and clinical planning.

He said the positions included 11 dental assistants, three hygienists and six managers. School leaders decided to lay off workers who they believed would have the least impact on patient care, Wanezek said.

Wanezek confirmed that Rubenstein's practice will be closed, but said he thought it would "continue for a while to make sure there are no problems related to patient continuity."

Maxillofacial prosthodontics, as they are called, is Rubenstein's specialty. He has been doing the work for 43 years and is one of the few dentists in an area of ​​five states with the experience that Medicare and Medicaid also take, through the Apple Health program in Washington.

Rubenstein rehabilitates patients with birth disorders, head and neck cancer, gunshot wounds and car accident injuries. A recent patient from Montana was mauled by a grizzly bear. Rubenstein reconstructs the jaws, fabricates prosthetic noses, fixes the palates and reconstructs the faces with bone grafts, implants and other materials.

"I can not even express in words how distressing this is personally," Rubenstein said of the staff cuts. He said he had been recruited at the University of Washington to continue a practice that began there in 1952, and that he had planned to hire another specialist for the school before he retired so that the University of Washington would continue offering maxillofacial prosthodontics.

"When the doors of this service are closed, hundreds of patients who need continuous care will find that the closest place to seek this care is San Francisco," he said.

Barclay, who worked for Boeing for 29 years negotiating the sale of Boeing aircraft to customers in Asia, said in an email that the prosthesis would cost several thousand dollars if he had to pay it out of pocket, and fly to and from San Francisco to seeing a different dentist would also be expensive.

In addition to losing his ability to speak, Barclay can no longer eat solid foods and uses a feeding tube. Rubenstein planned to create for him a palatal elevation prosthesis, a removable prosthesis that, when placed in the mouth, is preserved in several upper teeth. It is designed to elevate the soft palate to its intended position, where it can facilitate and normalize speech and swallowing.

Johnson said by email that some of the treatments that Rubenstein offers could be completed by a prosthodontist, but acknowledged that "more advanced cases may require patients to go elsewhere."

The interim dean is charged with creating a plan to completely close the dental school's deficit by the end of fiscal year 2019.

"We have to look at all the programs and positions," he said. "For example, we are in the process of seeing which faculty we have annual appointments that we can hold in. These are very painful decisions, and will be taken with care and deliberation."

In addition to the staff cuts, the school plans to close his Pediatric Dentistry Center at Sand Point and move that department to the Magnuson Health Sciences Center, where the rest of the dental school is located.

Rubenstein said he believes the school is missing opportunities to provide services and, therefore, earn more money, due to what he described as "total mismanagement" on the commercial side.

For example, he said, one of his patients requested an estimate of how much a certain treatment would cost; the school took 10 months to give him that estimate. In other cases, he said, insurance companies have agreed to pay for a certain procedure, only to refuse to pay later, and the school has not complied and has not requested payment.

Because he is a tenured professor who teaches a class that the school must offer to remain accredited, Rubenstein says he will remain at the University of Washington after he closes his practice. But without a staff, he has no way to support patient care.