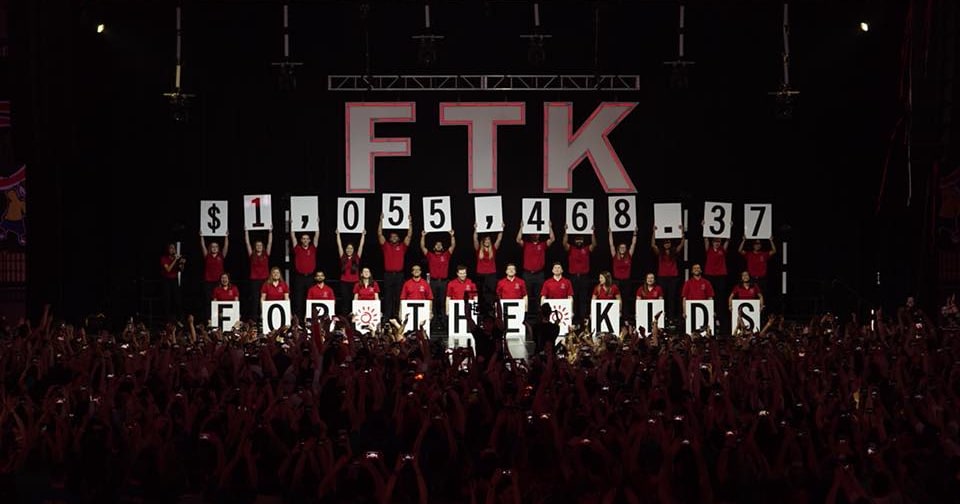 Sure, the spring football season is here.

But do you know which is better? Helping people.

Sports, of course, can also do that, but Rutgers University, since 1999, organizes an annual dance marathon event in which the money raised goes to the Embrace Kids Foundation.

The mission of the Embrace Kids Foundation is "to alleviate the burden, maintain normalcy and improve the quality of life of families whose children face cancer, sickle cell disease and other serious health problems." Embrace Kids addresses the spiritual, emotional and financial needs of patient families in the New Jersey / New York metropolitan area. "

This year's Dance Marathon event raised more than $ 1 million for the Embrace Kids Foundation as the total announced on Saturday night was $ 1,055,468.37.

Raising more than $ 1 million for a great cause is just a wonderful thing There is no other way to express it.

In addition to the dance, color war relay races, treasure hunts and band performances are held throughout the event, among other activities.

Our color relay races They're up and running! # RUDM2018! pic.twitter .com / NcNBpLOTHs

The treasure hunt is underway! Obtain those points of color wars! pic.twitter.com/mKnJoA4f0q

Wow! Another incredible performance! Thanks to the Rutgers Marching Scarlet Knights! @RUMarchingBand! 19

Up until now it's Rutgers Belly Dancing Troupe! Thanks for coming and showing us some amazing moves! pic.twitter.com/2saJCm2fjU

A big hello to @sparkshair and everyone who donated her hair! ! pic.twitter.com/5gR8cmFSPL

Many thanks to Alexandra Ambriano for inflating the crowd with Zumba ! # RUDM2018 pic.twitter.com/QS5c72n1ys

As did the soccer team:

After 5 long years of participating in Athletic Dance Off, @RFootball finally takes home the 1st place trophy. Congratulations to the guys ? pic.twitter.com/FogqoVbHBl

Since 1999, the event has raised more than $ 6.9 million for Embrace Kids Foundation.

More information about the foundation can be found here.

You can find information about donations here.