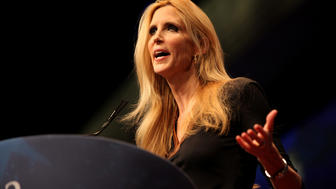 The cancellation of Ann Coulter's planned speech at the University of California, Berkeley, leaves all losers. Coulter missed the opportunity to present his views. The conservative organizations that invited her failed in what were purportedly twin goals: to amplify Coulter's views and to test the freedom of expression of his progressive antagonists. Those who protested their visit may consider that their no-show is a victory, but they will find the pyrrhic triumph; accused of closing the speech, they touched directly in the hands of the Coulter contingent. Also, the muted speech next time may be yours. The marauders who threatened violence can also count a victory, but the affirmation of their tortured and barbaric logic will only fan the authoritarianism and the hatreds that they intend to attack. The university, caught between threatening conspirators and event organizers who insisted on doing things their own way, regardless of security concerns, suffered a blow to its historical legacy as a breeding ground for freedom of expression.

The sharp tone and the occasionally violent nature of the current battles for freedom of expression on campus are a reflection of this polarized moment in American politics. Having grown up with expanding LGBT rights, the first African-American president of the United States and an immigrant rights movement, left students are at the forefront of plate tectonics that are remaking American society and values ​​in ways that can reflect and better address what some have called America a "minority majority"; a population in which no racial group claims the majority. While the precepts that include racial and gender justice are defended, other liberal values, including freedom of expression, sometimes fall short in these circles. These students and their allies are encountering determined resistance from those, including some conservative classmates, who fear that the precious facets of our country and our culture are at risk due to rapid demographic and social change. Neither side has a monopoly of truth or conversation.

The American university, which has the dual mission of offering equal education in an inclusive environment to an increasingly diverse student body and of maintaining strict protections for academic freedom and freedom of expression, is being torn apart by the tensions between these two roles. . But the double responsibility of the university, as guardian of a campus that is really open for both students and for all ideas can and must be reconciled. Berkeley has a duty to ensure that all students, and especially the most vulnerable, remain physically safe, free from discrimination and with psychological support to a point where they can learn and thrive. It must also maintain the role of the university as a forum where all points of view can be heard, including those that may be offensive or even hurtful to others.

In the case of Berkeley, the weight of guilt belongs to those groups that gravely and credibly threatened violence if Coulter spoke. Threatening violence is a crime; such speech is not protected. No protected discourse, no matter how offensive it may be, can justify resorting to violence. Accepting the idea that a planned speech that had not yet taken place could constitute a valid provocation to the violence would allow our government to restrict all kinds of expression, a power that our constitution and courts have repeatedly rejected. No reputable group that aligns with progressive or conservative values, including the protection of freedom of expression, can condone or tolerate allies willing to resort to violence. That racial minorities, immigrants, women and LGBT people are victimized disproportionately by violence is not a truth that in any way can legitimize violence in the name of protecting these groups against harmful speech. While various student bodies may think that closing the offending discourse helps create a more hospitable environment, they run the risk that while universities admit students from a growing range of environments, the education they receive once inside the doors is It is becoming closer and closer.

But Berkeley's situation is more to blame for everyone. A critical decision must be made between the decision to invite a speaker to the campus and the decision to disengage. In Berkeley, as in many schools, the decisions to invite are decentralized: any accredited student organization can usually invite anyone and reserve a room to house them. This is what it should be: students should have the opportunity to shape the intellectual discourse that surrounds them, even if that means that they sometimes provide a platform for views that deeply offend other students or go against values of the University. This does not imply denying the role of discretion and discernment in conferring invitations: student groups, academic departments and university officials should make their best judgment by asking whether the invitees they intend to invite have ideas, perspectives and points of view. Valuable and distinctive sight. experience to offer to the campus community. It is not wrong to ask if certain guests will cause real harm to their peers and it is commendable to take those feelings into account before the invitations are made. But, ultimately, the decisions, appropriately, depend on the many duly constituted campus bodies that extend the invitations in the first place.

While campuses are right in allowing invitations to be issued freely, disinvitations must occur in moderation. Although the disinvocations caused by the anticipated content of a speech on campus can be legal and constitutional, in principle they remain incorrect, for the same reason as the previous restriction – the deletion of the material before it is transmitted or published – and other forms of previous publication. censorship rejected by American courts and hostile to a free society. Such disinvitations privilege a set of views on others, constrain students' autonomy and deprive the audience of the opportunity to hear points of view before a speaker can open his mouth. If a guest has been invited through established procedures that apply equally to all campus groups, then for university officials to discard it is discarding those neutral procedures in favor of the subjective preferences of those who object to the discourse. Instead of demanding that invitations be canceled or speeches canceled, students who object to a speaker's ideas should protest vigorously (but not violently), perform a counter-programming, offer rebuttals; in short, to make known their points of view in any way that does not prevent the rejected speech from being heard or heard.

When credible threats of violence emerged in response to Ann Coulter's planned speech, the best approach would have been for university officials, speech organizers, Coulter and the leaders of credible groups of non-violent protest to open a dialogue on how to collectively reject abuse , allow the speech to continue and let the peaceful protesters express their opinion. Instead, the terms of the speech were litigated through the media, with dates, times and restrictions that were discussed and rejected by parties that may have been more interested in a legal and public relations battle than in bringing Coulter to campus . Some of the conditions of the university, for example, that require that the speech occur during the day, seem to be justified. But Berkeley failed to explain why other restrictions imposed, including the requirement that the speech be held after the end of classes, were limited to solving security problems without diminishing Coulter's ability to be heard.

Maintaining freedom of expression is not always easy; It may require creativity, flexibility and commitment between groups with very different points of view. While bellicose debates about the merits of a particular speaker or his antagonists may be good material for cable television, genuine advocates of freedom of expression must focus on the serious barriers to an open campus, including socio-economic divisions, racial, gender and political as well as intolerance rooted in opposing views, and set out to help address them. The values ​​of diversity and inclusion, on the one hand, and freedom of expression and academic freedom, on the other, are collectively sacrosanct. Making them fit is an exercise in solving problems, not grandstanding.