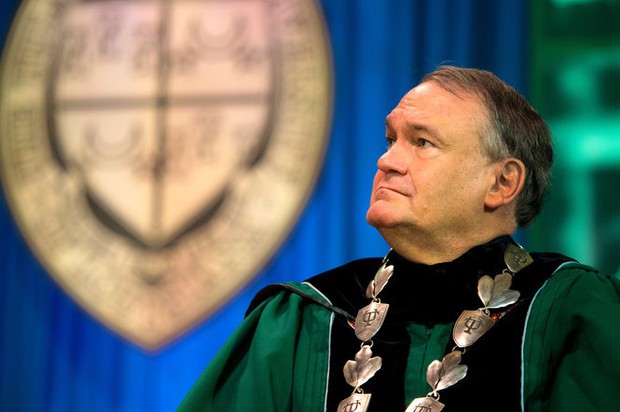 The contract of Tulane University President Mike Fitts extended to 2023

The Tulane University Board announced on Monday (June 11) that a new contract with President Mike Fitts will extend his leadership at Uptown School through June 30, 2023.

Fitts was inaugurated as the fifteenth president of Tulane in 2016, although he has remained in command since the summer of 2014. After his first year, the private university jumped from position 54 to 41 in the ranking of universities in the United States. His time on campus has also been filled with several large fundraisers and initiatives to renew or expand Tulane's footprint.

Tulane opened Yulman Stadium, completed a $ 35 million expansion of his A.B. Freeman School of Business, and is in the middle of building a new $ 55 million three-story multipurpose facility. Last year, Tulane also debuted at his fundraiser "Only the Audacious," which aims to raise $ 1.3 billion as the university's largest research funding initiative to date.

The president of the Tulane Board of Directors, Doug Hertz, described the last years of Tulane under Fitts as "nothing less than transformative" in a statement issued. Hertz noted that the new deans have been appointed to the Faculty of Science and Engineering, the School of Public Health and Tropical Medicine, the School of Architecture and the School of Liberal Arts, only in the last three months.

"These academic leaders join other stellar appointments among professors, administrators and board members dedicated to building on the momentum of Hurricane Katrina's historic recovery to create tomorrow's Tulane," said Hertz.

Tulane has also seen her share of challenges under Fitts, including decisions to cut staff, efforts to improve diversity and a new poll that found that two out of five undergraduate women in Tulane said they had suffered a sexual attack. Hertz affirmed that the diversity of Tulane's incoming classes "increased substantially."

Regarding efforts to prevent future sexual assaults in Tulane, Fitts said at a meeting of the editorial board with NOLA.com | The Times-Picayune January 31st that Tulane needs to "fundamentally change the culture and change the relationships on campus". He said the effort includes plans to work closer with student organizations, to create campus-wide awareness campaigns and educate students on how to prevent sexual violence.

Tulane hopes to develop more strategies to address sexual assault and misconduct as university officials interact with the community, said Tulane senior vice president Tania Tetlow in January. Tetlow will leave her role in Tulane in September to become the first female president of Loyola.

Wilborn P. Nobles III is an education journalist based in New Orleans . He can be reached at wnobles@nola.com or on Twitter at @WilNobles .