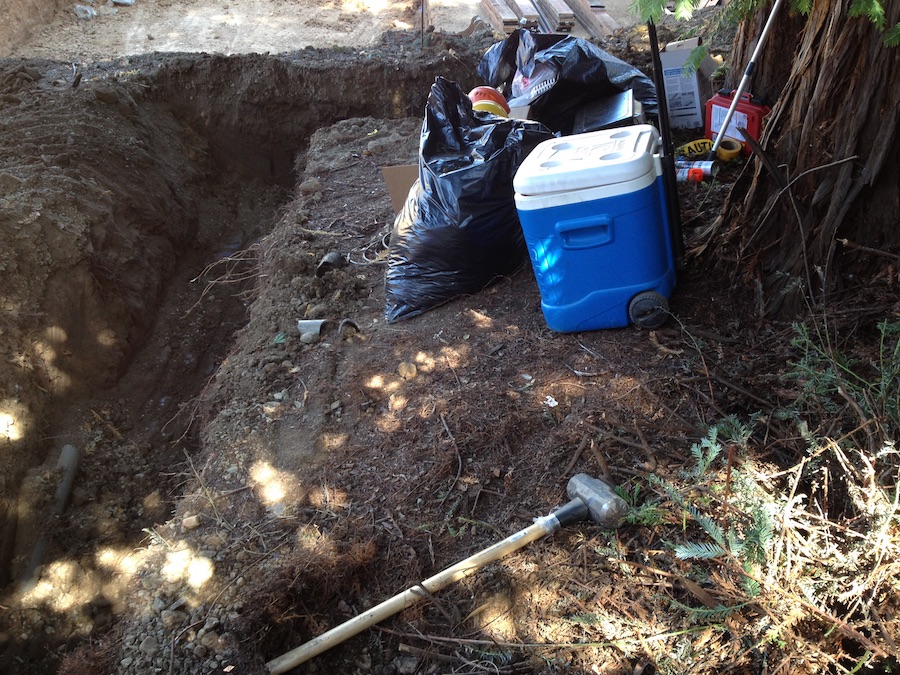 Update, 6 p.m. The city has offered to place evacuees from the University Avenue area in hotels, and two people accepted the offer, said Berkeley spokesman Matthai Chakko. In total, three residential units and seven commercial units were evacuated on Friday due to unstable trees at a construction site.

Update, 5:18 p.m. The city has instructed the contractor at a University construction site and McGee to remove not one, but three redwoods on the property immediately, said Berkeley spokesman Matthai Chakko.

"What we know is the condition of the trees and the combined excavation means that the trees must be eliminated," he said. A tree described by the Fire Department on Friday afternoon as "in danger of falling" and "leaned over" before the excavation began, and may not be actively on the verge of collapse, Chakko said.

"In spite of that, he is in a compromised and insecure situation," he said. "It was clear to us that there was an imminent danger and people had to leave."

A representative of the contractor A Step Ahead, Erwin Ruiz, said that a tree removal company is ready to start working on the site within a few hours.

Their construction teams are working on the construction of a mixed-use five-story, 36-unit property at 1698 University Ave. site. The project has been under construction for several years, and the preservation of the trees was a condition for approval, said Ruiz.

Original story, 3:35 p.m. A tall redwood tree that looks ready to knock down evacuations and a road closure in the avenues of the University and McGee on Friday afternoon.

Firefighters and Berkeley police responded to a call from someone concerned about the estimated 100-foot-tall tree that sits on a construction site in the southwest corner of the University and McGee, said deputy fire chief Abe Roman. Tracey Taylor of Berkeleyside is on the scene and spoke with Roman, who said he was not sure what time the call arrived.

Roman said the department confirmed that "it is in danger of falling … it is leaning."

The authorities evacuated all buildings within 100 feet of the site, including several businesses. Among the evacuees were young participants of the summer camp at Sticky Art Lab who were taken to the Ohlone Park, Roman said. When the Fire Department arrived at the site, construction was in progress, and it stopped quickly. The teams are in process of red-labeled the site, so no one can enter it.

The south and east lanes of the University are closed to traffic between McGee and Sacramento Street, and McGee is closed between University and Addison, according to a Nixle alert sent around 4 p.m. AC Transit buses are being diverted, Taylor reported from the site.

Several Berkeleyside readers commented on helicopters flying in circles on the site on Friday afternoon and asked them about the strong response from police and firefighters.

"Potentially killer tree, I'm not kidding," wrote photojournalist David Yee on Twitter. "At least 17 PD vehicles and one FD battalion chief for a potentially homicidal tree (which seems to be in danger of collapsing)"

Stories like this are possible thanks to your support. Become a member by contributing any amount, and be part of the future of local and independent journalism.