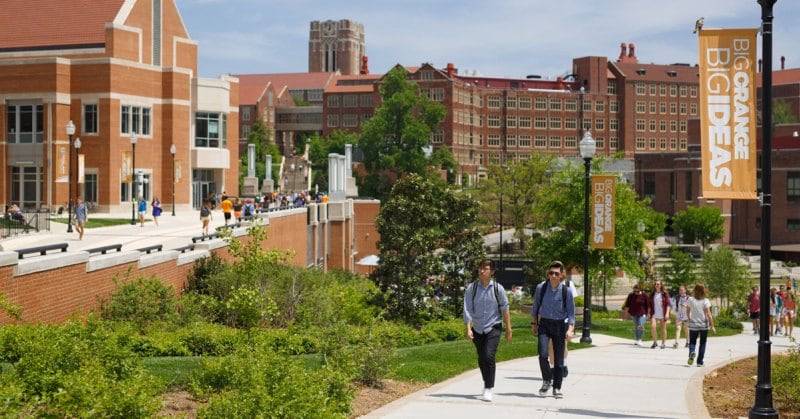 The president of the University of Tennessee system abruptly dismissed the chancellor of the flagship campus in Knoxville on on Wednesday, through a letter Unusually blunt, he called the Chancellor's communication skills "very bad" and criticized his work performance in detail point by point.

The letter from UT president Joseph A. DiPietro to Chancellor Beverly Davenport came just over a year after she took office. DiPietro accused Davenport of "not wanting or not being able to improve" in several areas.

"More than the times I consider acceptable, there has been a lack of trust, collaboration, communication and transparency" in Davenport's relationship with the president and his team, DiPietro wrote. He also accused her of "problems of lack of organization, attention to detail, timely follow-up" and unwillingness to "try to understand or recognize the value of the UT system".

The letter stated that Davenport, which began in Knoxville in February 2017, will end as chancellor on July 1 and hold a position as full professor of communication studies. Until then, he will be on administrative leave with salary. His initial base salary as chancellor was set at $ 585,000 per year.

"Obviously, this is not where none of us expected us to be when I hired you," DiPietro wrote.

On Thursday, DiPietro appointed Dean of Engineering Wayne Davis as Acting Chancellor of the Knoxville campus.

Davenport is the eighth chancellor of the flagship school, a public university with 28,000 students, a budget of $ 1,200 million a year and an endowment of $ 581 million. She succeeded Jimmy Cheek in the position and was previously interim president of the University of Cincinnati. The UT system also includes campuses in Chattanooga and Martin, a health sciences center in Memphis and a handful of institutes.

The media relations officers of the UT system and the Knoxville campus could not be reached immediately for comment on Thursday afternoon.

Davenport was dragged into controversy last year by a problematic search for a soccer coach. In November, the university withdrew an offer to a lead candidate for that job, Greg Schiano, after fans criticized the election.

Davenport was seen as popular on campus but less successful in courting the support of conservative lawmakers in the Republican-controlled legislature of Tennessee. Across the country, flagships and public university systems routinely attract scrutiny from states that include many legislators who are alumni.

"We are considered to be a Berkeley from eastern Tennessee, so red state legislators find things to find flaws in us," Beauvais Lyons, president of the Senate faculty and art professor at the University of Tennessee, told the Chronicle of Higher Education.