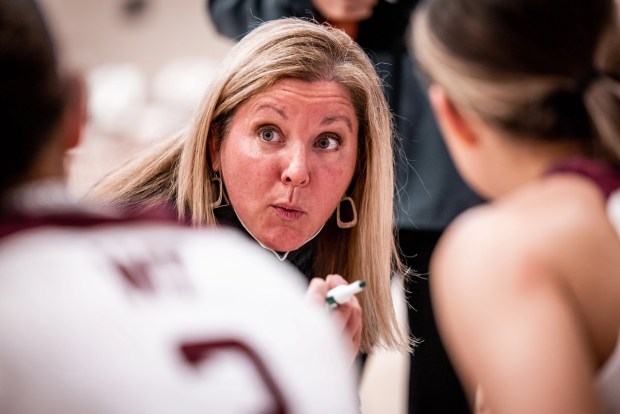 The Board of Trustees of the University of Northern Colorado begins the accreditation process, hiring the dean of the Osteopathic School of Medicine – Greeley Tribune

The University of Northern Colorado took another step in the long run path of developing an Osteopathic Medical School in Greeley with Board of Trustees approval of further action.

The board, meeting on campus Thursday and Friday, gave the green light to the university and President Andy Feinstein to begin the accreditation process toward a possible opening in 2025 and to begin the search for a founding dean to oversee that effort.

A UNC spokesperson said Friday that the university does not have a timeline to begin this work following board approval earlier in the day. More information is expected to be available soon, possibly early next week, on the accreditation and hiring of a dean.

For accreditation, the UNC will submit an application to the Osteopathic Universities Accreditation Commission, based on information on the agenda for Friday's board of directors meeting. Feinstein said earlier this month that the application comes with a $ 100,000 fee and that it is about a two-year process to go through accreditation.

On Friday, the UNC board also approved a five-year contract with women's basketball coach Kristen Mattio, who was hired in May. The contract is worth $ 135,000 per year and runs through April 2026. This was the first opportunity the board had to review the contract since Mattio was hired.

On Thursday, the trustees heard a presentation from a consultant hired by the university in July on the feasibility of an osteopathic doctor of medicine program on the Greeley campus. The feasibility study, which was shared with the campus community earlier this month, determined that UNC is well positioned to undertake an effort with an estimated total cost of $ 132.3 million.

Paul Umbach of Tripp Umbach, a Kansas City, Missouri company, presented a plan for the school to the trustees during a nearly 90-minute session. Umbach also presented the study findings to the campus on November 4.

The feasibility study was conducted over several months earlier this year and was paid for with donations.

Feinstein, who decided not to partner with a for-profit institution to build an osteopathic medical school about three years ago shortly after his arrival in Greeley, is a strong proponent of this plan for a variety of reasons.

"I am excited about the prospect of UNC stepping up to meet the need to produce more physicians serving our community and region," Feinstein said in a comment on the office of the president page on the university's website. “The creation of an osteopathic medical school at UNC would establish a line of additional physicians to provide high-level care to others, including people in underserved areas. A new medical school would be a victory for Greeley, Weld County, Colorado, and UNC. ”

The information in the Umbach presentations describes a need and a desire for the school. According to Umbach's research, by 2030, Colorado will need more than 1,700 primary care physicians with a growing population and an aging physician workforce. One-third of all active primary care physicians will be age 65 or older in the next decade, a rate that ranks 10th highest in the United States.

Primary care medicine is a key component of osteopathic medical education, also according to the Umbach study.

Representatives for Umbach and Tripp Umbach spent time in the area on a couple of different occasions while working on the studio. They conducted in-depth interviews with 16 people across the state in three different sectors: health, education, and community

Some of the people interviewed for the study were from: Greeley-Evans School District 6, United Way of Weld County, Weld County Department of Public Health and Environment, Downtown Greeley Development Authority, and United Way of Commerce. Greeley area.

One of the most important questions in the early stages of university development is the availability of clinical resources and locations to train students. Obtaining a doctorate in osteopathic medicine (D.O.) is four years of graduate education, the same as for a doctor of medicine (M.D.).

Years three and four of these programs are conducted in clinical settings such as a hospital, health care facility, or doctor's office.

"That's a big problem," Umbach told the board about student placements. "Can we get that? Go ahead and work with clinical partners to develop a line of successful practitioners in practice. ”