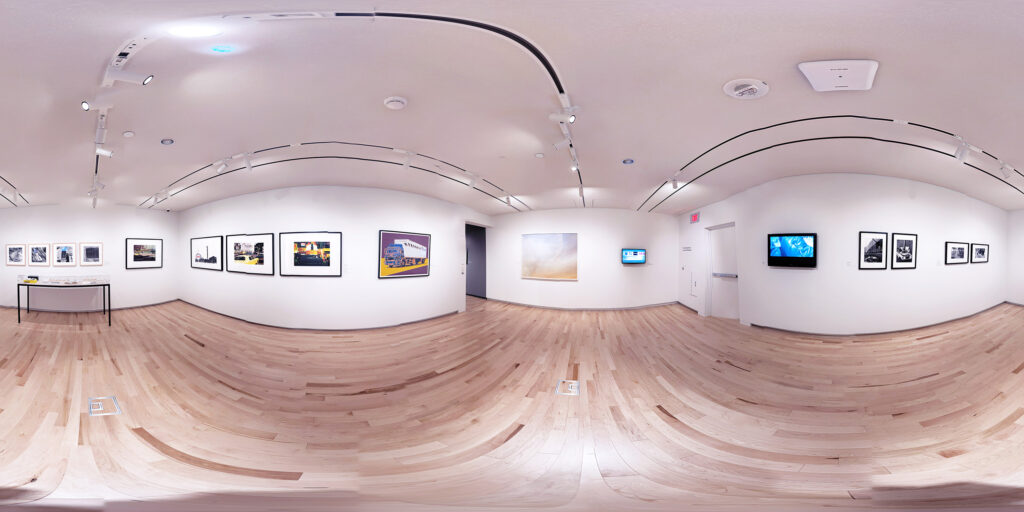 "The autonomous future of mobility" | The source

A van glows darkly in the seedy neon of 1970s Times Square. Taxis queue up for gas amid a global oil crisis. In Los Angeles, sprawling development overlooks acres of flat parking, a feedback loop from the urban void.

In "The Autonomous Future of Mobility," Constance Vale, assistant professor of architecture at the Sam Fox School of Design and Visual Arts at Washington University in St. Louis, explores how motorized travel shapes American cities, the power consumption and popular notions. of freedom and independence.

The virtual exhibition, which is also on display at the Mildred Lane Kemper Art Museum's Teaching Gallery, features 18 works in a variety of media, from photography and painting to prints, artist books, and videos.

"Cars are objects of desire, tied to personal identity and presented as extensions of the individual," Vale observed. “They have shaped our cities in significant and positive ways,” yet “are linked to a host of catastrophes, including fatalities from vehicle accidents, environmental and atmospheric damage, military conflict, insufficient infrastructure, and economic injustice and segregation in cities through the expansion of highways and use of eminent domain. ”

Now, with artificial intelligence and autonomous vehicles on the not too distant horizon, “it is crucial to assess how architects, urban designers and engineers can approach the design of cities in ways that address the new technological imperatives and socio-political and environmental problems linked to the legacy of the automobile, ”added Vale.

When entering the Gallery of teaching, viewers are greeted by two distinct visions of motorized autonomy. Robert Breer's kinetic sculpture "Float" (1972), designed to glide slowly across the gallery floor, is an early example of a self-navigating object. Trevor Paglen's photograph "Untitled (Reaper Drone)" (2010) shows the paradigmatic weapon of the 21st century as a distant spot barely visible in the morning sky.

On the adjacent wall, Andy Warhol's "Truck" (1985) reflects the artist's concerns for vehicles, consumer goods, and trademarks. Noel Mahaffey's melancholic chiaroscuro "Night – Times Square" (1979) links automobile culture with the dynamics of class power, segregation and urban decline. Larry Stark's "May 16 th 1970" (1970) shows a blackened chimney towering over the treetops and the brightly colored logo of a bygone oil company, one image at a time requiem and warning.

Ed Ruscha's "Twentysix Gasoline Stations" (1963) captures the paper-thin commercial architecture upon which vehicular infrastructure is largely built. Blankly anticipating Google Street View, Ruscha's "Every Building on the Sunset Strip" (1966) documents the full 1.5-mile length of the country's most famous driveway, while "Thirtyfour Parking Lots in Los Angeles" (1967 ) describes the vacancies. , at once disturbing and ironic, of spaces designed to facilitate travel.

"The mobility of our time"

Other works, by John Baeder and Irma Bloom, explore the place of the automobile in American culture, while Garry Winogrand examines its effect on pedestrian spaces. John Chamberlain, Doug Aitken, Arnold Odermatt, and Robert Stanley explore the lure and vulnerabilities of uncontrolled speed. Ron Kleemann highlights the economic impact of the automobile, in all its power and fragility.

"The mobility of our time is unique in its independence from human intervention and sight, but it is still entangled with social, political and economic realities," Vale said. At the same time, “it is possible to imagine a very different vehicular landscape, one that aims to reduce or eliminate the environmental damage and political problems that cars have caused through a new vision of the role of the car in our lives and design. of cities with built-in intelligence that takes advantage of energy-saving traffic ”.

Vale concluded: “With architecture and urban planning prioritizing public interests over commercial and private ones, and the thoughtful incorporation of autonomous mobility that accounts for infrastructure and space considerations, our world could be one in which mobility individual and freedom that automobile supplies are no longer at the cost of social and collective freedom ”.

The Teaching Gallery is an exhibition space within the Mildred Lane Kemper Art Museum in Washington University in St. Louis. It is dedicated to displaying works from the museum's collection with direct connections to university courses. The Teaching Gallery exhibits are intended to serve as parallel classrooms and can be used to supplement courses through inquiry, inquiry, and object-based learning.

"The autonomous future of mobility" remains on view until March 12, 2021. Due to COVID-19, the museum is closed to the public but is available by reservation to WashU students, faculty, and staff. To view the exhibition online, click here