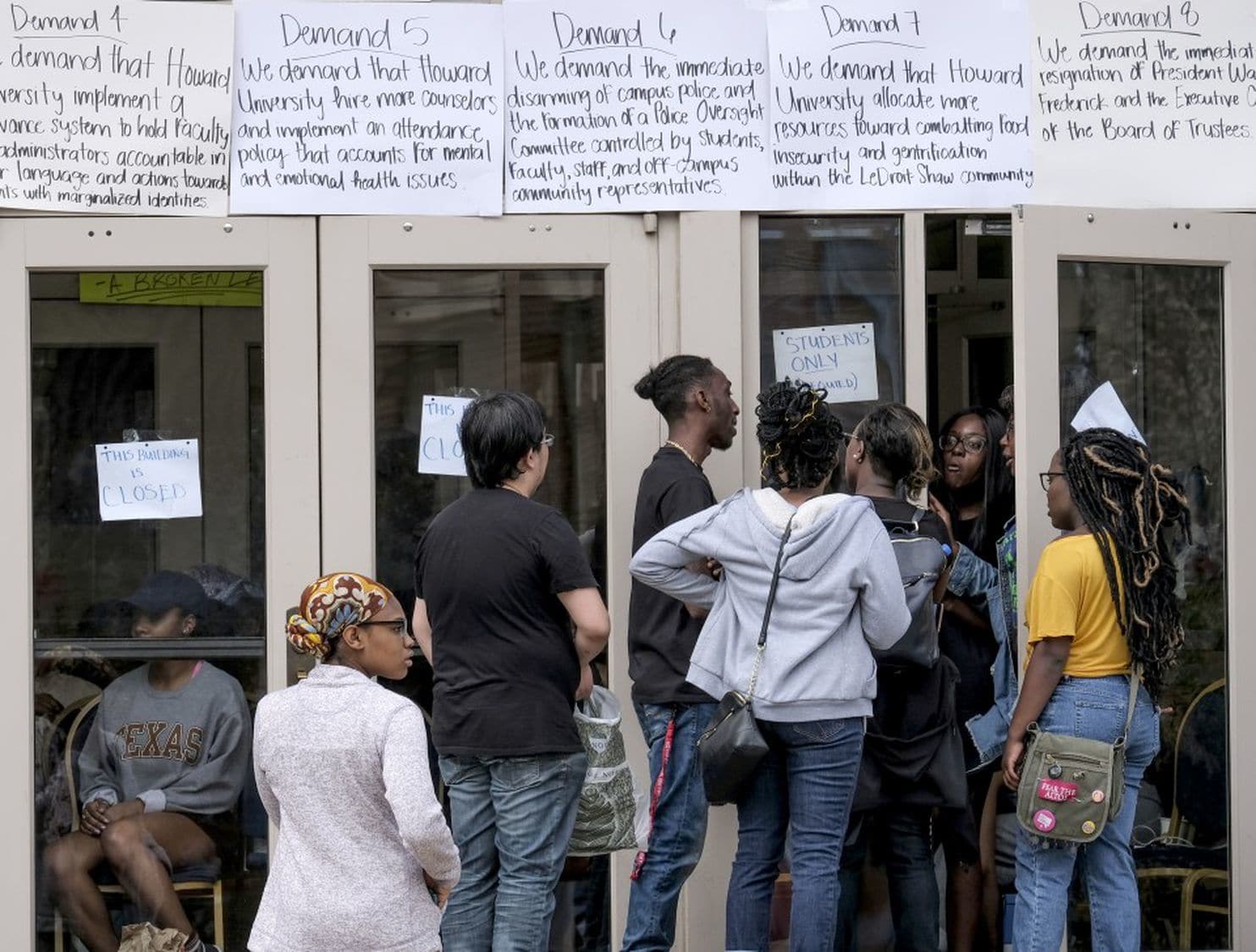 Students at Howard University end the occupation of the administrative building

Students and officials at Howard University announced on Friday afternoon a long occupation of the administrative building at the historic black university, a student protest that he highlighted – shocking demonstrations.

The agreement between the university trustees and the students promises that the students will participate in the review of the adequacy of the housing on the campus in the school of the northwest of Washington. It also makes promises to improve the reporting of sexual violence and maintain the line of registration.

Throughout the demonstration, students met for negotiation sessions with members of the university's Board of Trustees, where they discussed demands that included calls for a review of policies related to sexual assault, improvements in how the School handles mental health concerns and greater voice in university decision making.

[ After a worried Howard student emailed her president about housing, he replied about her ‘tone’ ]

The students had requested the resignation of Howard's president, Wayne A.I. Frederick, but he attended the press conference and there is no mention of him in the resolution issued by the Board of Trustees of the school.

"My fellow board members and I accuse President Frederick of advancing the critical issues facing our university," said Marie Johns, a member of the Board of Trustees. "Although he has made significant progress, we all recognize that there is much more work to be done, he is committed to the administration of this institution and continues to have our unequivocal and unwavering support."

Earlier this week, members of Howard's full-time faculty began voting on a measure of "no confidence" directed at the school president and other university leaders. The vote was expected to remain open until next week.

The protest and the vote of the faculty took place in the midst of a scandal of financial aid in Howard, although the students involved in the demonstration have said that their concerns transcend that imbroglio. The university revealed the alleged lack of financial aid at the end of last month, saying that six people had been fired for "serious misconduct and neglect of duties."

An investigation found that between 2007 and 2016, some employees who received tuition benefits to cover the cost of taking classes also received university scholarships. That double immersion exceeded the actual cost of assistance, which indicates that the workers appeared to be embezzling.

After the news of the financial aid problems was released, Frederick issued a statement to the students, acknowledging that some might feel that the university did not communicate enough when it did not disclose the existence of the investigation before.

"The objective established at the beginning of this investigation was to carry it out in a confidential manner, which guaranteed a thorough examination of the problems without jeopardizing the integrity of the findings," he said in the statement. "However, that does not mitigate the feeling of distrust that many students and members of our community feel at the moment, we understand that and we listen to it."

Howard's students said they were furious over the scandal, which was the latest in a series of embarrassing incidents at the university. It happened the same month that Frederick was criticized for criticizing the "tone and tone" of a student when he expressed concern about whether he would get a home. The student published her exchange with the president of the university on Twitter, where she drew attention.

Frederick, a surgeon and alum Howard, was named interim president of Howard in 2013, and was later named the 17th president of the school in 2014. Originally from Trinidad, Frederick was only 16 when he arrived in Howard in 1988. 22 years, he obtained a degree in zoology and a degree in medicine. He returned to Howard in 2006 as a faculty member, and later earned a master's degree in business administration, his third grade at the school.

During the protest, Frederick had received support from the University Deans Council, which represents the leaders of Howard's schools and colleges, and the alumni association of the school.

Read more:
'James Comey, you are not our friend!': Demonstrators interrupt the speech of the former FBI director at Howard University

Finance at Howard University are better or worse under Wayne AI Frederick?