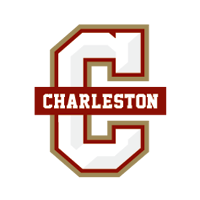 LEXINGTON, KY – An early-season road test at No. 10 Kentucky would appear to be a difficult task in just the second game of the season, but not for the experienced University of Richmond men's basketball team like the Spiders shook off a four-point deficit at halftime and walked away from the Wildcats 76-64 at Rupp Arena on Sunday.

The Spiders overcame they beat Kentucky 48-32 in the second half and used a game-changing 12-2 run to open the game. This is the first time the Spiders have defeated an AP top 10 team in program history and is the first time since 2010 in a win over any top 10 program (Purdue, neutral). It marked the fourteenth time in head coach Chris Mooney 's 16 seasons that the Spiders recorded a victory over a school in a power conference.

Spiders (2-0) were led once again by forward Nathan Cayo (Montreal, Quebec) who tied for the team lead with 18 points. Cayo hit 8 of 13 from the field while knocking down six boards. In his first two games this year, he is averaging 20.5 points per game and shooting 78.3 percent (18 of 23) from the field. For his efforts, Cayo was named the Bluegrass Showcase MVP on the field of three teams.

Grant Golden (Winchester, Va.) And Tyler Burton (Uxbridge, Mass.) Each scored in double figures for Richmond. Golden added 13 points, seven rebounds and five assists. He moves to 13th place in program history with 1,501 points and was inducted into the All-Tournament team after scoring 29 in the two Spider wins. Senior Jacob Gilyard (Kansas City, Mo.) led the way with six assists and five steals, almost all in the second half igniting the Spiders rally.

After shooting 28.6 for percent (10 of 35) from the field in the first half, the Spiders regrouped to warm up in the second half, hitting 19 of 32 shots from the field at 59.4 percent. Richmond increased their defensive pressure, forcing the Wildcats to lose 21 turnovers and only committed 10 as a team.

The Spiders struggled with foul problems for most of the first half and held out for a start. slow on shots, only losing 32-28 at halftime. Richmond started rolling early in the second half, posting a 9-0 run to take a 39-36 lead when Burton scored seven of nine career points, including a 3-pointer that gave the Spiders the lead.

Richmond opened the game with a 12-2 run taking a 58-46 lead at the 7:43 mark of the second half. Francis hit his first triple of the game extending the Spiders' lead to seven before the Spiders defense forced back-to-back losses. Gilyard scored first in the transition before Golden nailed a triple of his own taking the double-digit lead.

The Spiders would extend their lead to 16 points down the stretch when Matt Grace (Hamilton, Ontario) nailed a triple on Gilyard's drive and plate. Cayo put the exclamation point in the victory with a thunderous dunk over two Kentucky defenders sending the Spiders home victories and the Wildcat faithful to the starts.

A Kentucky youth team (1-1) was to the free throw line 33 times (20 scores) in defeat. Brandon Boston, Jr. led all scorers with 20 points and 10 rebounds, while Oliver Sarr had 17 points and 11 rebounds. Terrence Clarke had 15 points and six rebounds while Isaiah Jackson had 14.

The Spiders return to action on Wednesday, December 2 against the College of Charleston at TD Arena. The tip is set for 7 p.m. in Charleston, South Carolina