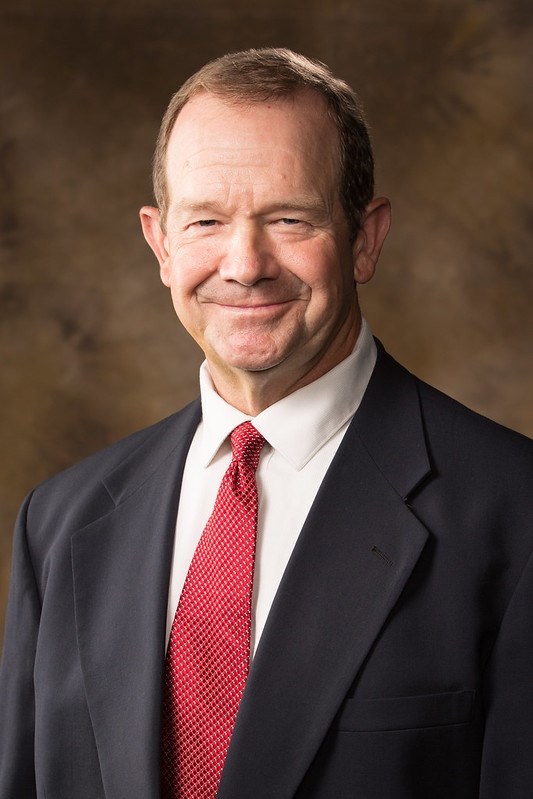 FAYETTEVILLE, Ark. – Terry Siebenmorgen was known around the world for his work in rice processing, but closer to home, his co-workers and friends appreciated him for his optimism, unwavering support and kindness. Siebenmorgen passed away on Sunday, November 22, 2020, after a battle with cancer. He was 63 years old.

He is survived by his wife, Patty, sons Justin and Ryan, and his son Matthew precedes him in death.

A funeral mass is scheduled for 11 a.m. on Friday, November 27 at St. Joseph Catholic Church in Fayetteville. For those unable to attend, the mass will also be streamed live on Facebook. For more information, visit Nelson Bern's website.

In 2019, Siebenmorgen was inducted into Class XXXII of the Arkansas Agriculture Hall of Fame. He was also admitted as a member of the American Society of Agricultural and Biological Engineers in 2005 and the American Association of Cereal Chemists International in 2014.

He received many industry awards, including the Riceland Foods Farmer's Friend in 2012 and the Rice Technical Task Force Distinguished Service Award in 2016 and 2018. He also received the Distinguished Food Engineer Award from the American Society of Engineers Agricultural and Biological in 2007. He was selected twice for the Texas Instruments Outstanding Research Award. He was awarded the Spitze Land University Faculty Award for Excellence and the John W. White Team Award, the highest award of its kind from the Division of Agriculture.

"Terry was a true gentleman and a giant in his field. In addition to his great work for agriculture, he mentored a large number of students and postdocs who were fortunate to work with him," said Mark Cochran. , vice president of agriculture for the University of Arkansas System and chief of the Agriculture Division. "He dedicated himself to improving the production and processing of a crop that is important not only in Arkansas, but is also the most consumed grain in the world. He leaves a deep legacy for the industry in his work and in the students and colleagues whose lives that had a great impact. "

Jean-Francois Meullenet, senior associate vice president for agricultural research and director of the Arkansas Agricultural Experiment Station for the Division of Agriculture, was relatively new to his career in Arkansas when he met Siebenmorgen.

"Terry was a great mentor to me throughout my teaching career and always made me feel welcome and loved when it came to being a part of the Rice Processing Program," he said. "My participation in the Rice Processing Program allowed me to do a lot of fun research on rice quality and provided me with great professional opportunities as a guest speaker at international events in various countries, including South Korea and Uruguay.

"When I became a department head in 2008, Terry was a strong supporter of the work I did to promote the Department of Food Sciences. He always gave me good advice and was always there for me, "Meullenet said." Many times as I was meeting with Terry, it had been an hour before I realized there was a long line of students and staff waiting patiently outside of your door. He always left his office with a calmer mind, with renewed enthusiasm and greater vision. Terry was that kind of person. He loved to talk about the 'big picture. of Agriculture, Food and Life Sciences of Dale Bumpers. "His contributions to research, teaching, leadership and service to the rice industry will always stand.

"He was one of the most optimistic and spiritual people I have ever seen," Subbiah said. "He treats his staff, students, and colleagues as members of his family. In addition to being a kind-hearted man, he was also a loving husband, father, grandfather, friend, teacher, and co-worker."