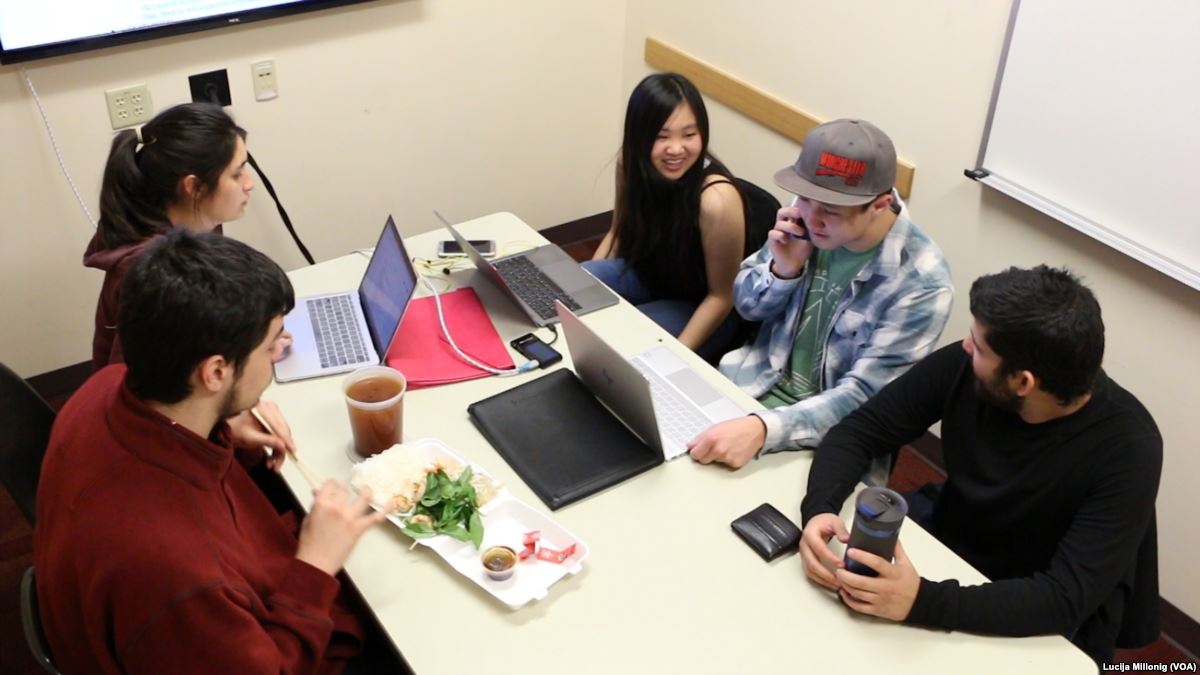 Sharing his gifts with the world at the University of Denver

08.07.2018
International student of the University of Denver, Tanya Tanyarattinan ice skates on the indoor skating rink on campus.


Tanyarattinan says that instead of being insulted by such questions, she saw the opportunity to Then, she and some other students formed a group of Buddhist students, the group organizes cultural events and welcomes others to participate in some Buddhist traditions.

Tanyarattinan says that sharing cultures is an important part of being a citizen of the world, a role that she has learned to value highly through her DU experience.

Kwame Wiredu expresses a similar satisfaction with her higher education experience in the United States He says his relationships with teachers and classmates far outweigh any difficulties.

Wiredu plants to continue his education at Dartmouth College, in New Hampshire, in the fall. He still plans to use everything he learned at the University of Denver, and everything he will learn at Dartmouth, to help people everywhere.

He says that the good that will come from that will, with hope, will surpass the prejudices that he faced in America.

Pete Musto reported on this story for VOA Learning English. Caty Weaver was the editor. We want to hear from you. What gifts do you have that you would like to share with the world? Write us in the comments section or on our Facebook page.

Words in this story

degree – n. a title that a college or university awards to a student generally after four years of study

practicing – v. having a professional medical or legal business

impact – n. a powerful or greater influence or effect

Master – n. a title that a college or university awards to a student generally after one or two years of further study after a bachelor's degree

racism – n . bad treatment or violence against people because of their race

capture – v. to understand something that is complicated or difficult

evaluate – v. to make a judgment about something

rol – n. the part that someone has in a family, society or other group

prejudice ( s ) – n. an unfair feeling of aversion towards a person or group based on race, sex or religion