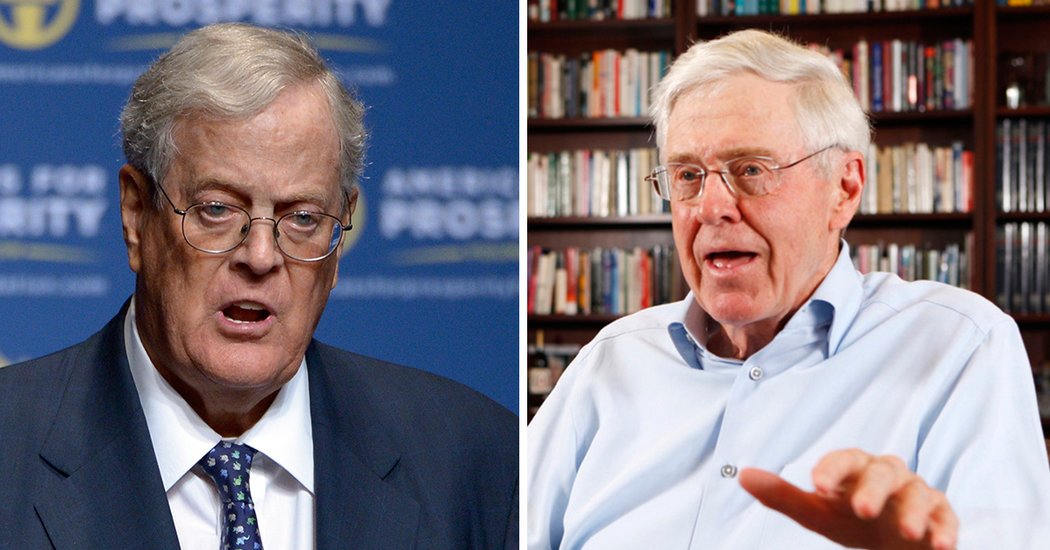 While the agreements do not give donors full control over academic decisions, said Mr. Cabrera, "they do not meet the standards of academic independence. that I hope a gift can fulfill. "

The Koch brothers have invested millions of dollars in universities across the country, money that has been earmarked for hiring teachers, building research that promotes capitalism and supports libertarian and conservative political views. George Mason, a public university in Fairfax County, Virginia, has been one of Koch's largest recipients of donations.

According to an analysis of tax records from The Associated Press, the Koch Foundation gave $ 48 million to George Mason from 2011 to 2014.

In 2016, the Koch Foundation gave $ 10 million to change the name of the law school of George Mason in memory of Judge Antonin Scalia, a conservative member of the Supreme Court of the United States, who died year.

In an open letter to "our current and future university partners," the Koch Foundation said the grant agreements were old, from 2006 to 2009, and that they "have been obsolete for years."

The letter continued: "These agreements allowed us to comment on the recommendation of candidates who were considered for the teaching positions we support." Once the candidates were proposed, standard university hiring procedures began, and the faculty was able to approve or reject candidates. .