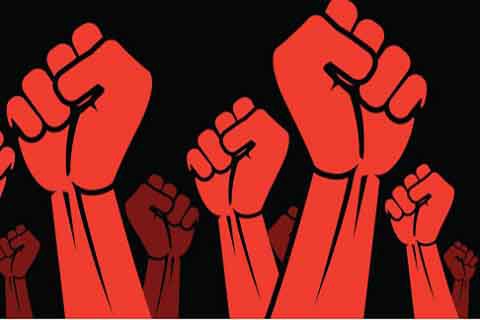 To intensify the demand for division status in the Chenab valley and the approval of a university, a meeting of the residents of the valley was organized of Chenab in the Maharaja Hari Singh. Park, Jammu on Wednesday.

The meeting was chaired by Haji Shah Din Naik and the reason behind the meeting, according to the participants, was to raise the genuine demand for division status and full university law for the Chenab Valley.

Highlighting the importance of the meeting, Jamait Ali Agah, a social activist, said: "The Chenab Valley has been repeatedly ignored by successive governments. That is why we are lagging behind in all spheres of life. The time has come to project our divisional state demands to the Chenab Valley strategically. "

Speaking on the occasion, Abdul Hafiz Dar of Bhaderwah said:" Our wealth is being exploited to increase the infrastructure of other parts of the country and the state. We, the inhabitants of the Chenab Valley, live in the Stone Age, in unjust climatic conditions. I appeal to the people of the entire region to join for the cause. "

The president of the EESS & C society, Mohammad Ayoub Zarger, said:" The Chenab Valley has its own identity, with strong communal ties. Harmony, social fabrics and cultural heritage. Everything will remain protected in the same spirit, if the division status is granted to the region. "

He added: "The Valley, which is the second largest in terms of area, stretches for more than 11600 square kilometers, with more than 10 lakh people, composed of three districts and more than 10 subdivisions is educationally and economically backward. We are very far from realizing the dream of digital India, which is very unfortunate. "

He also said that the Chenab Valley has a literacy rate of 58.98 percent," which speaks of the high claims of 100 Percentage of literacy mission. "

In his presidential address, Shah Din Naik said: "Like the Ladakh region, the Chenab Valley also has a scattered population due to rare topography. People remain involved in natural calamities throughout the year, especially during the winter season. , when the entire region is isolated from the rest of the state. "

" Difficulties such as road blockage, lack of basic services Just like food and medical care is a daily routine for people in the region Both the students and the elderly, patients and employees face difficulties, "said Naik, adding that if division status is granted to the Chenab Valley, then the difficulties

The president, along with others, he appealed to the governor's administration to investigate his claim. They threatened that if their demands are not accepted, they will launch a "violent agitation."