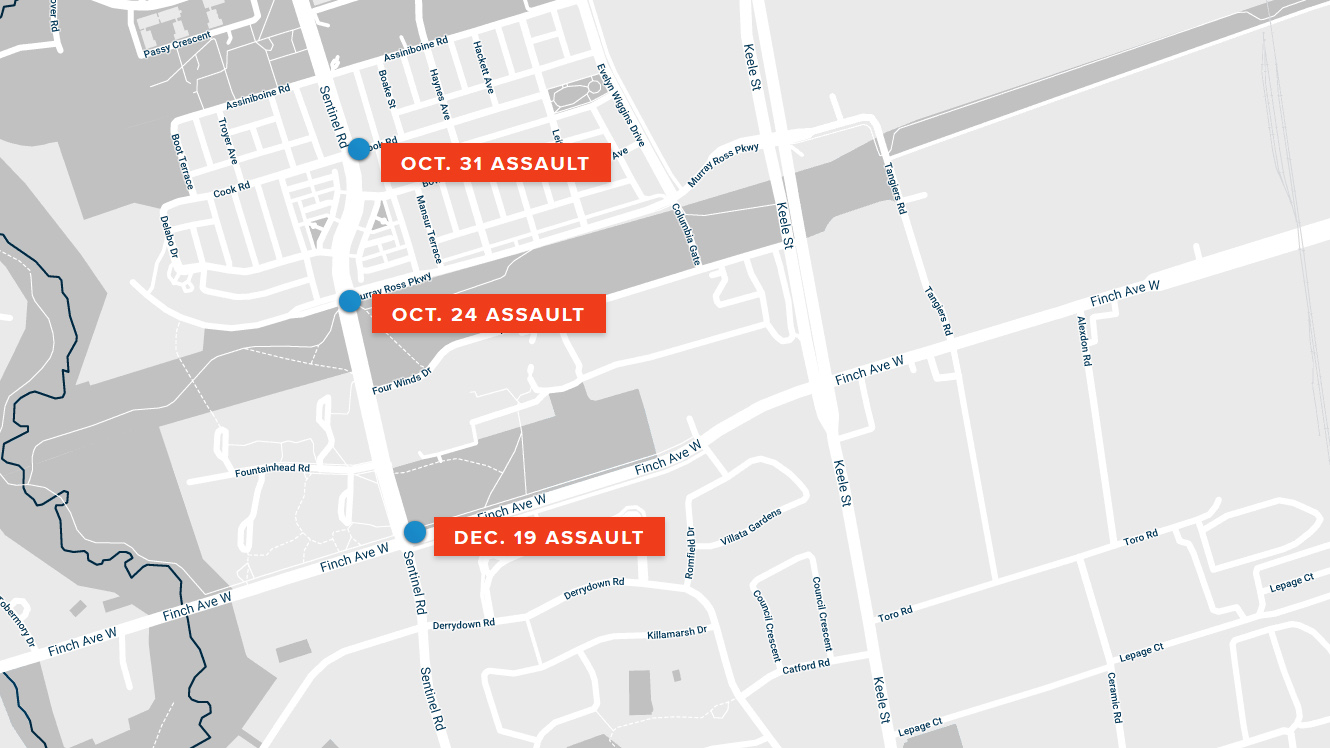 Police are investigating a trio of sexual assaults that have occurred very close to each other in the last month near York University.

On December 19, a 22-year-old woman was walking along a path near Fountainhead Park in the Finch Avenue West and Sentinel Road area around 9:30 p.m. when she was grabbed from behind by an unknown man who took a knife to her throat and sexually assaulted her.

Police say the woman managed to break free and ran for help.

The police believe that the suspect in the case could be the same person. He is described as black, in his first 20 years, between five feet nine and five feet and 11 with a thin build and short black hair.

One of the women said that her attacker was wearing a loose dark gray to her eyes, a light colored shirt, a dark bomber jacket and tight dark pants. Another said that her assailant wore a bulky hood or jacket, glasses and mostly dark clothing.

The police are asking someone with information to come forward or contact Crime Stoppers.