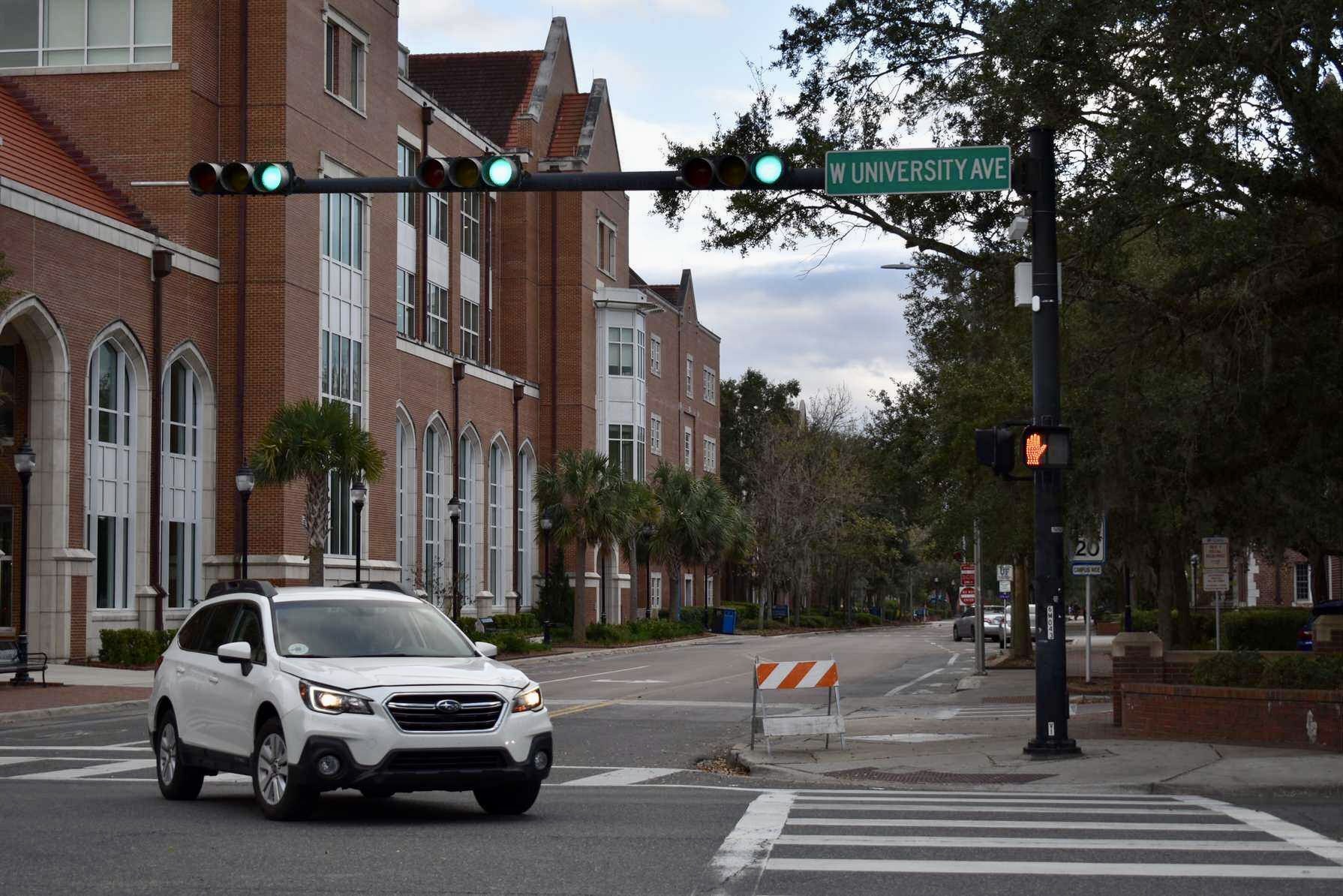 Major changes are taking place on the most dangerous roads for bicyclists and pedestrians in Alachua County.

“It is the top priority… that we make this an area that is safer for everyone,” said Gainesville City Commissioner David Arreola, who chairs the Metropolitan Transportation Planning Organization for the Gainesville Urbanized Area. “I understand that it is one of the busiest lanes of traffic in all of Alachua County, but this has been a problem for many years.”

The Florida Department of Transportation, which administers the highway, has already installed special emphasis crosswalks with additional stripes to make pedestrians more visible when crossing the street. However, there will be no other updates until the summer. For some of Gainesville's residents and city commissioners, it is too long to wait for short-term solutions.

"We need improvements today," said Mark Merwitzer, director of news outreach for advocacy group Florida Not One More. "They (the department) shouldn't have been caught flat-footed when they have a road that is so unsafe."

The department has been working with Gainesville city officials to establish these safety measures in response to recent pedestrian fatalities along the corridor.

City data shows that the vast majority of pedestrian and bicycle crashes from 2015 to 2019 occurred where Paxton and Lambert were killed, in the heart of the city along West University Avenue and 13th Street.

According to Jim Hannigan, a district traffic operations engineer for the Florida Department of Transportation, the goal of the new signs, speed tables, and crosswalk design is to divide University Avenue into short blocks, making drivers they stop more often and it is difficult for them to accelerate.

"Many motorists use the crosswalk as a stop bar," he said, "but if you ever look at the layout of any of our intersections, the stop bar is offset from the crosswalk."

Work is scheduled to begin Monday to improve the city's remaining brick paver crosswalks to follow the new, more visible pattern, Hannigan said. Other plans are still in development.

Four temporary speed tables, mid-block traffic calming devices that raise a vehicle's wheelbase to reduce its speed, will be installed along the corridor until they become pedestrian crossings. Once the speed charts are installed, the department will consider lowering the speed limit from 30 to 25 miles per hour.

"I think we need to strike a balance that ensures that all pedestrians are safe, but also that our fire trucks and ambulances can pass quickly," he said.

Hannigan said the department's efforts will not impede first responders. The length of the speed boards and the flat top allow for a smoother transition at reduced speed than a typical speed cap, he said.

Although city officials are pleased with the changes that have been implemented, they agree that solutions to these problems must be wholesale. The department said it would be willing to relinquish control of University Avenue to the city, which would allow Mayor Lauren Poe and other commissioners to transform the city's roads with a totally different, walkable layout.

State highways were designed to move vehicles quickly and efficiently, and pedestrians and bicyclists were to be seen as obstacles, the mayor said.

He envisions redesigned University Avenue as a full street, accommodating all modes of travel with wide bike lanes and walking paths, roundabouts, and narrow travel lanes that make drivers less comfortable when accelerating.

The entire city streets study will evaluate the northwest stretch of 22nd Street to Northeast 15th Street from University Avenue, as well as 13th Street from Northwest Eighth Avenue to Southwest 16th Avenue.

“We know that in the long run (the Complete Streets model) is what will protect the most lives and make the street the most usable for the widest variety of modalities,” Poe said.

The next meeting of the Metropolitan Transportation Organization will be held on April 26 at 3 p.m. in the Alachua County Administration Building and will be virtually accessible to accommodate COVID-19 security guidelines.