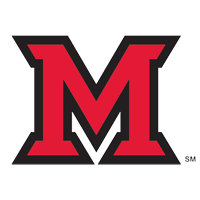 MUNCIE, Ind. – It was raining goals Sunday at the Briner Sports Complex when the Ball State soccer team exploded for five goals on Senior Day. The Cardinals improved to 5-9-2 overall and 3-5-2 in Mid-American Conference play, while Northern Illinois fell to 5-11-2 overall and 2-6-2 in MAC. behind BSU 5-0. victory.

The Cardinals were firing at full steam from the start of the game. The BSU attack had been pressing from the first whistle. In the ninth minute the pressure was so strong that it caused an own goal for the NIU.

In the 17th minute, Nicky Potts shot on goal, but the NIU goalkeeper made the save . Husky's goalie couldn't control the shot and left a rebound for the Cardinals. Metzger was in the right place and hit the back of the net to extend BSU's lead to 2-0.

Shortly after Cardinal's goal, NIU was able to take their first shot on goal, but DeRuvo he rose to the challenge and kept the ball out.

In the 24th minute, Dombrowski put a ball into goal, but the NIU goalkeeper denied him.

Ball State followed suit. putting pressure on the NIU defense and in the 29th minute Dombrowski found Avery Fenchel inside the area. Fenchel let a shot crash into the lower near post to score a goal. Three minutes later, Dombrowski sent a well-placed pass to Lexi Fraley in the area. Fraley made the most of the pass and beat the NIU goalie to extend Cardinal's lead to 4-0.

After the NIU defense sent a cross into the box, the Cardinals were given a corner kick. Kaitlyn Fraser stepped forward to take the corner for BSU. She sent a beautiful ball into the box and Abby Elgert sent a header into the lower right side of the net. Ball State took a 5-0 lead at the half.

Cardinal's defense was strong in the second half and held the Huskies to a single shot that missed. For the game, the BSU defense held NIU to just four shots, with only one of the shots on target. The Cardinal's offense didn't disappoint either, producing 18 shots, 10 of which were on target. During the game, Ball State held possession 68 percent of the time.

The Cardinals return to the friendly confines of the Briner Sports Complex for the season finale against Miami. The first touch is scheduled for 3 p.m. Thursday October 28

From Coach – Head Coach Josh Rife
"We played very well. Honestly, we played similarly down the stretch, but the goals have not fallen, but today we have five. It was great for them. I think they executed at a really high level today. Me "I'm very proud and excited for them. We took our chances today."

From the student-athlete – Main goalkeeper Alex DeRuvo
"I think it was one of those shutouts that you still had to fight for. I still had to make the necessary saves. It may not be the one. Senior Day against Miami, but we have to bring what we brought today. To be able to do whatever it takes. " we did it today, putting in some goals and getting a shutout would be awesome. "

From Student-Athlete – Senior Kennedy Metzger
" I think this is my second goal of the season, so it's good that it came on Senior Day and from Nicky Potts who is also a senior. We still had something to prove. We have to play every minute as if it were the last for some of us seniors. We gave everything and did the job. "