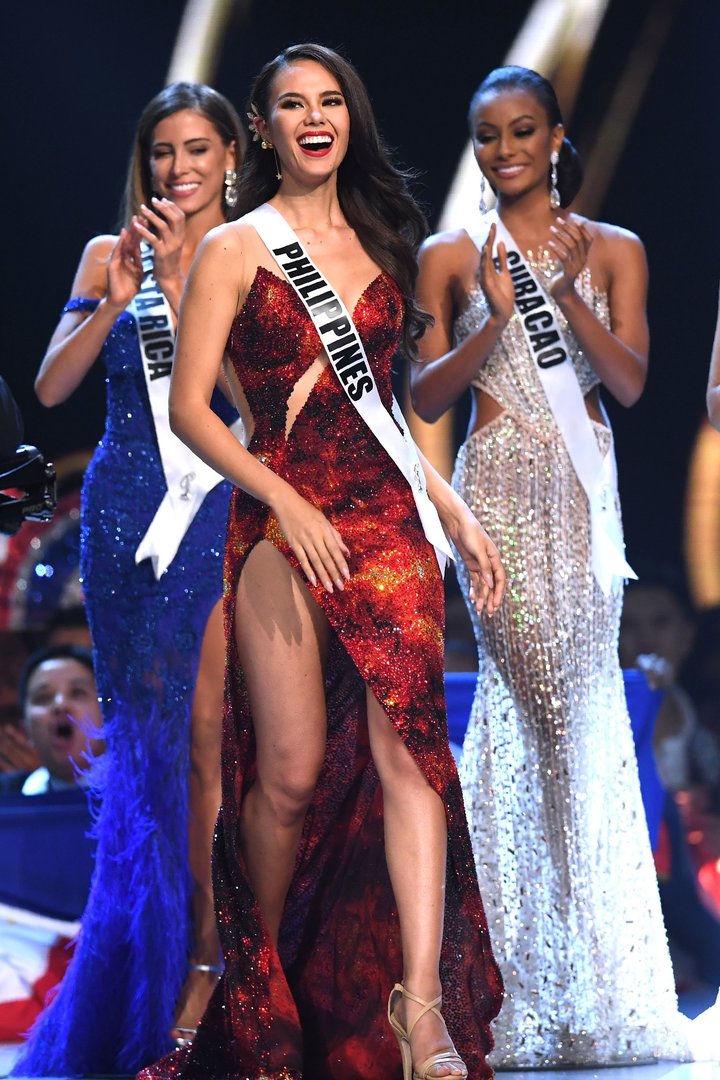 A new Miss Universe has been crowned.

Catriona Gray, the 24-year-old Miss Philippines, took the title on Sunday at the 67th Miss Universe pageant in Bangkok. She defeated 93 other contestants, including Miss South Africa Tamaryn Green, who was runner-up, and the second Miss Venezuela finalist, Sthefany Gutiérrez.

Gray explained in a Facebook post that when she was 13, her mother said she had dreamed that the queen of the contest had won the Miss Universe pageant with a red dress.

"At that time I did not think anything about it, and today my mother's dream came true," Gray wrote in a post after his victory. "Philippines, what an incredible honor it has been to take your name through My breast and to incarnate you in all aspects, now I can wear the Miss Universe band, but I will always be your Miss Philippines."


Gray's victory marks the fourth time that a Miss Philippines wins the competition. Miss USA Sarah Rose Summers arrived shortly before the final. The summers had sparked controversy after posting a video that showed Miss Vietnam H'Hen Nie for not speaking English. Miss Spain Angela Ponce, the first trans contestant in the history of the contest, did not reach the Top 20 of the competition. While Miss Thailand Sophida Kanchanarin made it to the Top 10, she failed to move forward.

Gray grew up in Australia and is a singer and model who graduated in music theory at the Berklee School of Music in Boston. His victory was praised by Filipinos in all communities, as well as by the controversial president of the Philippines, Rodrigo Duterte.

"Ms. "Gray really made the whole Philippines proud when she paraded on the world stage and showed the genuine qualities that define a Filipino beauty: confidence, grace, intelligence and strength in the face of difficult challenges," Duterte said in a statement. "In her success, Miss Philippines has shown the world that women in our country have the ability to make dreams come true through passion, diligence, determination and hard work."

Filipinos on the Internet also expressed their pride.

I'm a journalist, and @mariaressa from @rapplerdotcom is proud to call me one. Growing up in the Philippines, my introduction to the world was to see Miss Universe. See @catrionaelisa! #Philippines pic.twitter.com/tyWxZvnxj6[19459004◆-JoseAntonioVargas(@joseiswriting)17December2018