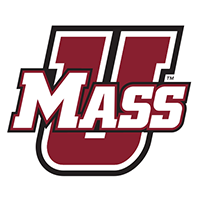 Michigan plays to draw scoreless against Michigan Tech, first since 1954

» Erik Portillo deflected all 27 shots he faced to win a shutout.
» Johnny Beecher and Luke Morgan set the pace for the Wolverines with four shots on goal.
»The goalless tie is Michigan's first since February 19, 1954, 67 years and 10 months ago.

Wednesday's contest becomes the program's first goalless tie in more than 67 years, and the last in February 1954 on the road against Michigan State.

Erik Portillo was outstanding at the net for the Wolverines, making 27 saves and getting his second shutout in the draw.

Each team created a handful of scoring opportunities in the first ten minutes of the game, but none could take advantage of the opportunity to open the scoring as the teams went through a long process of sensations.

A Husky was sent off for cutting with 1:57 remaining in the first period. In the power play that followed, MTU goalkeeper Blake Pietila made a fantastic save on a shot from Nick Blankenburg with 1:30 left to keep the Wolverines out. of the marker.

After a period of goalless play, Michigan had built a 10-5 advantage in shots on goal.

The Wolverines went 0-1 with the extra hitter in the opening draw, but the next two chances with the man advantage belonged to Michigan Tech. In each, Portillo faced a flurry of saves as the best penalty shootout killer. of the team to keep the game tied at zero.

With five minutes remaining in the midfield, the Huskies made a beautiful pass through the neutral zone to launch Trenton Bliss on an abbreviated breakaway from the U-M blue line. Once again, Portillo gave an important stop so that the Corn and the Blue could spoil the opportunity.

Johnny Beecher who nearly scored multiple times during the game, had two blocked breakaway opportunities over the course of the second period. On his first attempt, he looked to send the puck through the goalie's five holes, but couldn't find room to convert. Intending to shoot all the way on her second round with time running out, Pietila blocked a snapshot of Beecher.

With twenty minutes remaining in the team's last game before the schedule shifted to 2022, U-M's advantage in shots on target was 19-15. Neither team had been able to break the tie at zero.

After U-M threatened sustained pressure on a power play in the third period but failed to convert, the teams sat 0-2 with the additional attacker.

As time passed in regulation, Dylan Duke picked up the puck and entered the Michigan Tech zone while leading a two-on-one race. The freshman chose to take the shot and got the goalkeeper to get past him, but he hit the puck on the crossbar with three minutes remaining.

At the end of regulation time, Michigan held a narrow 25-24 lead in shots on goal. Each side had chained several opportunities that could have ended the match, but the goalkeepers held their ground. The teams returned to their benches to prepare for five minutes of three-on-three overtime.

Just over a minute into the extra session, Michael Pastujov almost teamed up with Beecher to finish the game in transition, but a backhand attempt was deflected.

With 2:37 remaining in the overtime session, a penalty kick was called after a U-M skater checked back to break a Husky's abbreviated getaway. Once again Erik Portillo saved the Wolverines to go to a perfect 2 for 2 this season against penalty shots.

The frantic play highlighted the final 157 seconds of play, but neither team was able to break the score sheet, as Portillo and Pietila finished off an outstanding collective display of goalkeeping. Shots on goal ended in Michigan's favor, 30-27, but the Huskies led in head-to-head victories, 34-31.

Michigan's streak of out-of-conference opponents will continue next weekend (January 8-9) when the Wolverines return to the ice at Yost Ice Arena on Saturday and Sunday against defending national champions, the University of Massachusetts. Record releases for the weekend series against the Minutemen of Hockey East are scheduled for 5:00 p.m. ET on Saturday and 4:00 p.m. Sunday.