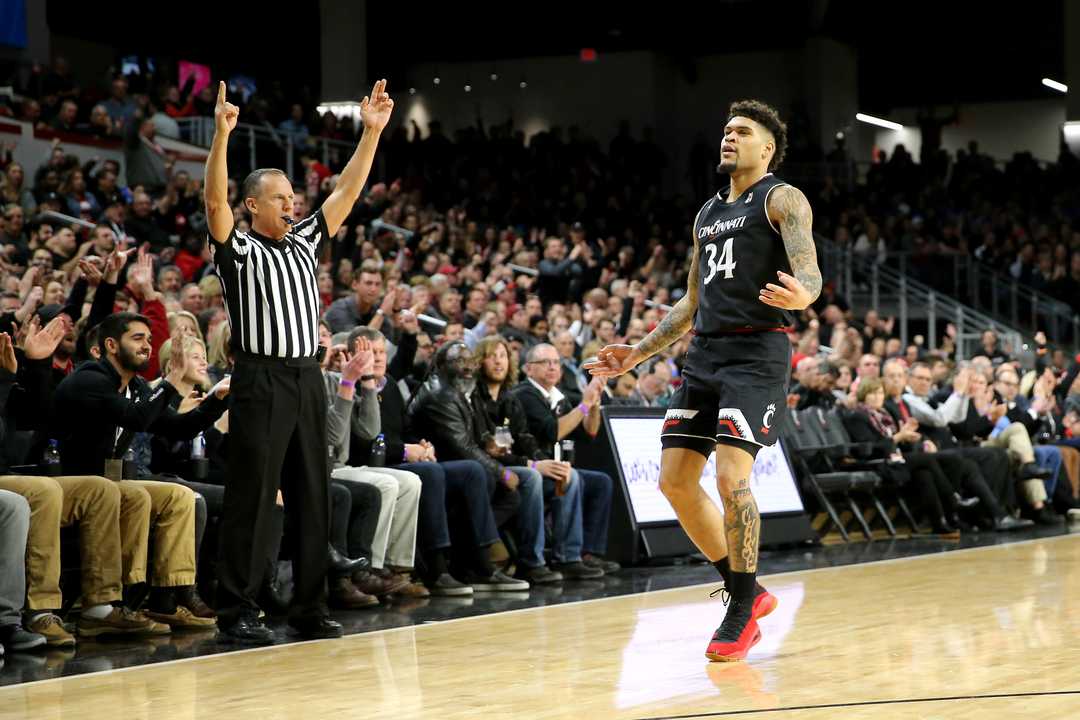 Men's basketball at the University of Cincinnati in Tulsa

TULSA – Departing from what could be one of its worst losses in East Carolina, the University of Cincinnati has a 7 pm Tip in Tulsa with the Golden Hurricane. Coach Frank Haith's squad won 15 in a row at the Donald W. Reynolds Center and 24 of their last 26 at home.

Cincinnati comes from having won six out of seven in the series under Mick Cronin with the last loss in February 2016 in overtime, 70-68. The Bearcats won last season's meeting at B, B & T Arena at NKU 82-74 when they ranked 11th in the country.

Game updates will appear on Twitter (@sspringersports) and below. The latest update will come from the bottom.

Updates for the first half

Despite a "error" reported, the Bearcats started with a decent energy. Trevon Scott had his first four points and Nysier Brooks had a hook from the sky to give UC the 6-5 lead in the first media wait time.

Keith Williams caught fire briefly with an ingenious turn of the crystal and a 3-ball that put the UC to 11-5. With Cronin using a deep bench, Trevor Moore put in a triple. UC would extend the lead to 19-9 just below the 10-minute mark when Cumberland scored his first points with a good disposition of the crystal, followed by a free throw for the traditional three-point game.

With UC's lead at 21-11, Frank Haith inserted sophomore Jeriah Horne, who hit a 3-pointer and a basket in a short time to recover the Golden Hurricane He quickly went 23-17, then 25-23 when forward Martin Igbanu went to work in.

Keith Williams was anything but a one man band in half with 12 points, making five of his nine shots. Cumberland would go to the bench when they missed more than eight minutes in half after collecting his second foul in a double technique (DaQuan Jeffries of Tulsa was also evaluated). Williams would give UC a 28-23 lead, but Sterling Taplin hit a trey at the other end to lure the Golden Hurricane into a bucket.

In the final seconds of the half, UC missed two shots to extend the lead and went to the locker room with a two-point lead.

Milestone Victory ?: A win over Tulsa gives Mick Cronin 350 career victories. His first 69 victories came in three seasons at Murray State. At UC, he is second after Bob Huggins, who had 399 Bearcat wins in 16 seasons. He is the second in Division I that wins among coaches under 50 that Sean Miller of Arizona.

The Rock arrives from Cincinnati: No, it's not Dwayne Johnson, but Mike Reicheneker's 7-foot UC player of his Final Four Run in 1991-92. "Rock" lives in Cincinnati, Arkansas, and drove an hour and a half to the Bearcats game in Tulsa.