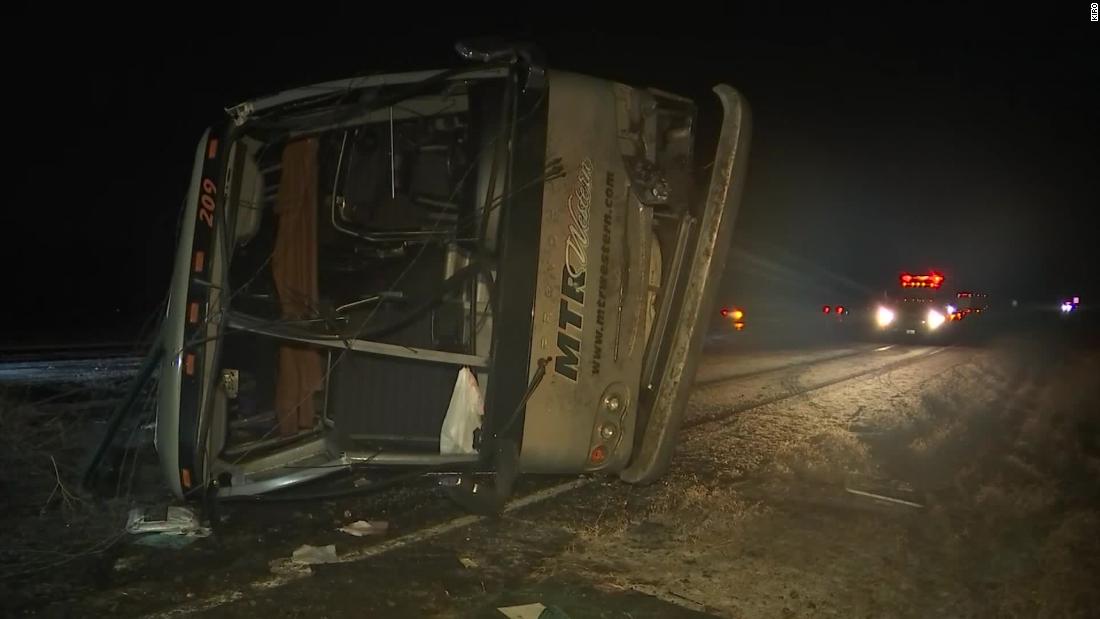 The band Husky Marching Band traveled in a caravan of six buses to Pullman, Washington, for the Cup Apple's Friday – the annual football game between the University of Washington and the state of Washington, when a bus flipped over an icy stretch of Interstate 90, said police John Bryant.

About 40 of the 56 people on the bus were taken to a local hospital after suffering injuries that were not serious, Bryant said.

"The injuries reported were cuts, complaints of general pain and back pain, but it is believed that the injuries are not critical," said Victor Balta, a spokesman for the University of Washington.

The rest of the occupants were transferred to a local primary school and are being evaluated by humanitarian workers of Grant County.

The accident occurred at 5:36 pm local time near George, a city 120 miles southeast of Seattle.

Sarah Moon of CNN contributed to this report.