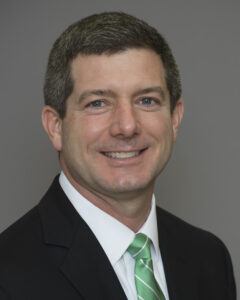 Marshall University Announces Five Finalists for the Office of President

HUNTINGTON, W.Va. – The University Board of Governors has named five finalists to become the 38th President of Marshall University.

The presidential search committee presented the list of recommended finalists during a public meeting of the board's executive committee on Thursday. The finalists will be invited to campus visits as one of the final steps in choosing the person to replace incumbent President Jerome Gilbert, who will leave in July 2022.

Board of Governors Chairman Patrick Farrell said during the meeting that there were 107 applicants for the position who were reviewed as of Labor Day.

"Marshall has an excellent reputation and our presidency is an attractive position," Farrell said in a statement. “The response was even greater than perhaps we anticipated and we are delighted with the quality of the pool. Forty nominations were submitted directly to the presidential search website. Additionally, our search company received a large number of nominations and identified a broad base of potential candidates nationally and internationally.

“After a great deal of deliberation, the search committee narrowed the field and conducted face-to-face interviews with an extraordinarily diverse group of 16 semi-finalists. From those interviews, we selected the five finalists announced today. I look forward to welcoming you to campus in a couple of weeks. ”

Each finalist will visit the Huntington and South Charleston campuses October 11-19 to meet with members of the university community. The candidate's visit schedule is as follows:

READ: Profiles of each candidate

Open meetings will be streamed online at www.marshall.edu/it/livestream for the convenience of those who cannot attend in person. Community receptions will be held on the South Charleston and Huntington campuses for each candidate and will be open to the public. The community receptions schedule and links to submit comments on candidate visits will be available on the Presidential Search website.

The five selections come after a summer of virtual and on-campus listening sessions with students, faculty and staff, donors and the community, gathering information on the qualities they want to see in the next leader. Farrell said that more than 400 people attended at least one of those meetings.

According to Farrell, 40 candidates were nominated online on the search website and 54 comment / feedback forms were completed on the site.

The presidential profile developed by the listening tour included the person who has the ability to act as a spokesperson for the university, the ability to appreciate and maintain Marshall's history and culture, the ability to manage the physical resources of a complex organization , be an authentic and participatory individual, the ability to work with a board of directors, demonstrate an understanding of the importance of equality and diversity, a clear track record of innovation and business achievement, and an understanding and commitment to the role of athletics at Marshall.

After reviewing comments from the finalists' campus visits, the Board of Governors is expected to make its final selection on the sc Farrell said the new president's start date will be determined by their individual circumstances, and will be announced upon completion. contract negotiations.

Gilbert announced in April that he would not seek a contract extension at the end of his current term in 2022.