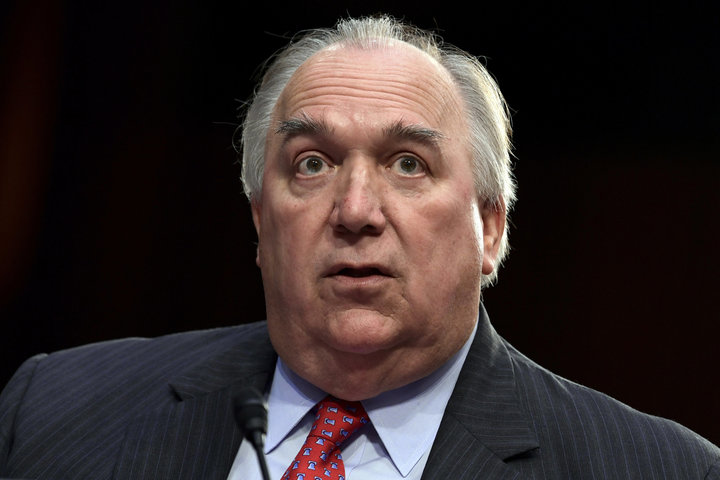 Following the leaked email, 120 self-proclaimed "surviving sisters" sent a letter to the board of trustees of the MSU requesting the dismissal of Engler.

"This is not leadership," the survivors wrote. "President Engler's statements and behavior are subtle threats against anyone who dares to speak out against his abuser and the environment that allowed his predatory behavior, so they will not be ridiculed, lied to and shamelessly mock a person of immense power. "

A subsequent motion by the board to dismiss Engler failed in a 6-2 vote.

In December, Engler closed a $ 10 million healing fund that had been set aside for counseling and other services for victims of Nassar. The school redirected that money to an existing $ 500 million settlement divided among the 332 women who sued the school for Nassar's abuse. The measure could have left dozens of other prosecutors who were not part of the lawsuit and could not receive financial support for mental health services.

The board of directors of MSU voted last week to establish another fund for the victims of Nassar, but Engler said it may not be available to all of them

On Wednesday, sources close to Engler told the Detroit Free Press that The board of the MSU asked the interim president to resign. The board scheduled a meeting for Thursday morning to discuss the future of Engler at MSU.

MSU board member Brian Mosallam, who has long lobbied for the dismissal of the interim president, said earlier Wednesday that Engler would no longer make the decisions.

"John Engler's reign of terror is over," Mosallam told the exit. "Michigan State University will be returned to its people."

Alanna Vagianos contributed with the report.

This article has been updated with the resignation of Engler and the vote to approve Satish Udpa as interim president.