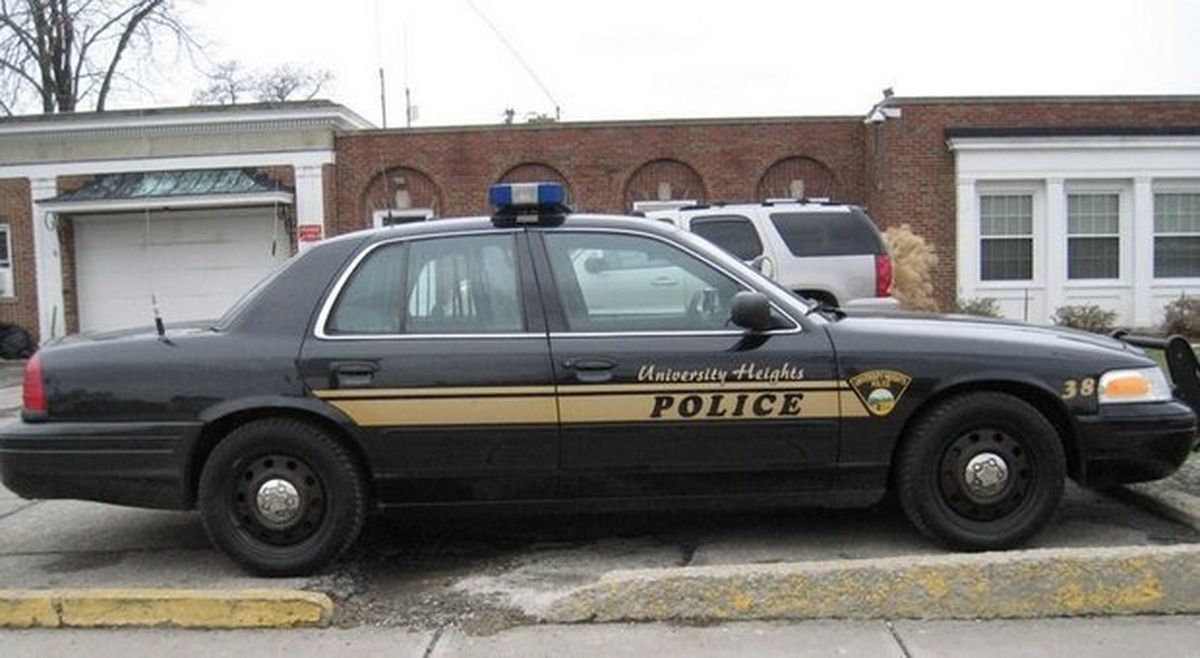 UNIVERSITY HEIGHTS, Ohio – Child in danger, Traymore Road: Just before 1 pm On March 10, the officers were sent to a home in a report that two young children, one of whom is autistic, had been left unattended outside. The mother of the children did not respond to the door and allowed them to re-enter.

Police investigated and accused the 37-year-old mother of three counts of child danger.

Child in danger, Cedar Road: around 3:05 pm On March 10, the police received numerous complaints about a 2-year-old boy and a dog in a car parked without an adult present.

Police investigated and discovered that the boy's father, a 29-year-old Cleveland Heights man, had left his son and dog in the car while shopping at Whole Foods, 13998 Cedar Road.

The man was charged as a child in danger and was released.

Possession of marijuana, Washington Boulevard: At 9:50 am on March 5, police made a traffic stop of a car that did not have brake lights in operation.

During the stop, it was discovered that the driver, a man from Euclides del Sur, 23, was in possession of marijuana and marijuana paraphernalia. The man was cited for lack of brake lights and for possession charges.

Robbery, Boulevard Miramar: At 4:20 pm On March 5, a teacher from Wiley Middle School, 2181 Miramar Blvd., reported that her iPhone, valued at $ 600, had been stolen from her purse in his classroom.

The phone was found on March 6 through the Find My application for the iPhone and I returned it to the teacher.

Psychiatric situation, Cedar Road: At 7:40 pm On March 5, police and fire departments responded to a call from a man lying on the ground. Respondents were told that the man may own a weapon

A butter knife was found on the sleeve of the man from South Euclid, 21. Also a man was holding a Nerf-colored Nerf pistol.

The man was transferred to the hospital for a psychiatric evaluation.

Robbery, Cedar Road: At 1:30 pm On March 6, Loss Prevention at Target, 14070 Cedar Road, reported that they had arrested a man for stealing $ 158 worth of merchandise. The 50-year-old Cleveland man was charged with theft and then taken to hospital after complaining of a disease.

Driving under suspension, South Green Road: At 8:30 am on March 8 The officer stopped a car traveling at 30 mph in a school zone of 20 mph.

The driver, a 27-year-old Cleveland Heights woman, was cited for speeding, driving with a suspended license, driving without a valid license and obstructing official business. The woman's car was confiscated.

The suspect, a man from Bedford, 31, was able to flee from security. Although the suspect has been identified, he has not yet been charged. The man is also accused of trying to carry out the fraudulent return of $ 108 on clothes.

Theft, Warrensville Center Road: At 5 p.m. On March 8, Macy's safety arrested a 21-year-old Cleveland man for stealing a perfume worth $ 907.

Robbery, Warrensville Center Road: At 5:25 p.m. On March 8, Macy's security arrested two women for stealing merchandise for a total value of $ 218. The Cleveland women, aged 21 and 25, were charged with theft.

Shooting, Cedar Road: At 5:15 p.m. On March 9, a man phoned the UHPD to report that the car in which he was traveling had been shot several times while on the street. The police are investigating.

OVI, Saybrook Road: At 11:45 p.m. On March 10, police were sent to the intersection of the Silsby and Saybrook highways, where a car hit a tree.

It was discovered that the driver, a man from University Heights, 45 years old, was intoxicated and accused of OVI.

If you want to analyze the police document, visit our comment page on crimes and courts .