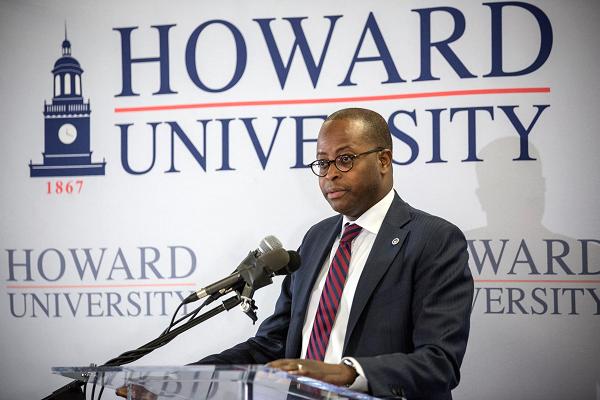 Evelyn Hockstein / for the Washington Post through Getty Images

Wayne Frederick, president of Howard University, at a press conference in 2016.

In 2016, a 21-year-old financial aid employee from a postsecondary school in Baltimore pleaded guilty to stealing student loan payments from more than 40 students. At Lone Star College in Houston, Texas, an employee diverted more than $ 100,000 in federal aid for students of involuntary students to personal bank accounts on his behalf.

In November 2017, three women from Akron, Ohio, were charged with defrauding the Department of Education for $ 1.8 million. "These defendants lied about the applications or used stolen identities to steal money that would otherwise have gone to deserving students," said US attorney Justin Herdman.

As Howard's students have expressed, the funds would have been awarded to deserving students. Architecture student Jamila Okera Jenkins tells The Washington Post that she is struggling to make ends meet. "I still have balances that I have to pay to graduate."

Jade Agudosi, president of the Howard University Student Association, tells the Post "This is not something extravagant or savage that we are asking, we are asking you to do so. what are they doing with our money?