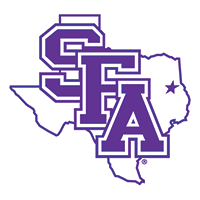 HOUSTON – Houston Soccer traveled to Lake Charles, Louisiana, where they beat McNeese 2-1 at Cowgirl Field in overtime to improve 2-0 on the season.

The Cougars entered the second half of the game tied 0-0 with the Cowgirls. That changed in the 67th minute when McNeese's Anna Watson scored a free throw that sent the ball under the bar to make it 1-0 for the Cowgirls. Houston responded in minute 79 with a goal from Anna Reysa who was assisted by Zionah Browne .
.

The rules of the game concluded with a 1-1 draw that led both teams to a golden goal-style overtime. With approximately five minutes remaining in the first extra period, red jersey freshman Nadia Kamassah put the ball into the net to secure Houston Soccer's first away win of the season.

In addition to two decisive goals for the Cougars, Houston also outshot McNeese 22-3 with 12 of those shots on target. Houston also increased its all-series record to 7-0 against McNeese with the last victory before today in September 2018.

UP NEXT
Houston will be back at the International Complex Carl Lewis at 7pm. Thursday to face Stephen F. Austin. The theme for the evening will be Goodwill Night in which fans are encouraged to bring clothing to donate to charities. Fans can also donate non-Houston varsity equipment in exchange for a new University of Houston jersey.

TICKETS FOR HOME GAMES
Fans can purchase tickets for a single game by clicking here or visiting the box office. Mobile tickets can also be purchased at game time at the box office located in Schroeder Park (baseball), adjacent to the International Complex Carl Lewis . For more information on how to purchase tickets, call (713) Go-Coogs (713-462-6647).