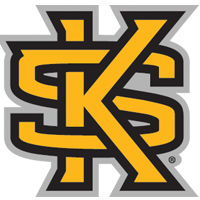 Georgia falls to Duke, 2-0, at the opening of the exhibition

DURHAM, N.C. – The University of Georgia football team fell to No. 6 Duke, 2-0, at Koskinen Stadium Tuesday night in an exhibition game to kick off the 2021 season.

Georgia shot six takes in the night, including two of freshman Isabella Muzzolini while freshman Danielle Lewin sophomore Tori Penn and juniors Mallie McKenzie and Lizzie Ammon published one each.

Muzzonlini and freshman Jessie Dunn scored the first start of their Bulldog careers while newcomers Lewin, Morgan Hart Ellie Gilbert Caroline Belisle and Chandler Kenny made appearances from the bench

Muzzolini made the first shot of the game in the 20th minute. With a pass from senior midfielder Abby Boyan he took a chance, but the foot of Duke's Baleigh Bruster, sister of Georgia graduate defender Kayla, intercepted him to clear it.

The second shot It came from Penn. After dribbling down the left side, he took an opportunity in the last third but hit the side net.

The second half remained even until the 63rd minute when Diablo Azul's offense scored with a cross point blank and one shot. They made a breakaway again in the 70th minute . Lewin tried to respond a minute later with a breakaway of his own, but Duke's keeper came out and stopped it.

The Bulldogs return home to open an eight-game home stay with an exhibition game against Kennesaw State on Saturday, Aug. 14 at 6 p.m. at the Turner Soccer Complex.