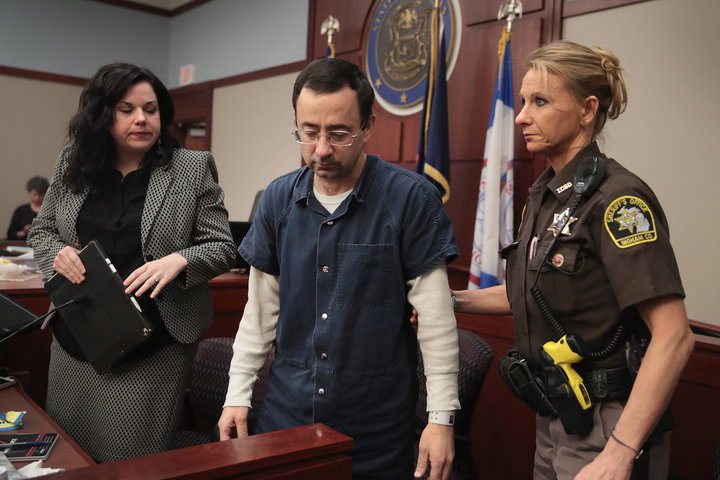 William Strampel, former dean of MSU's School of Osteopathic Medicine and head of Nassar, a convicted child abuser, signed an agreement to retire on Friday afternoon, starting on June 30. Strampel, 70, supervised Nassar for almost 15 years. At what time Nassar abused hundreds of athletes. The former dean has also been arrested on charges of sexual assault and harassment.

"As I said before, Strampel has not acted with the level of professionalism expected of an MSU employee, particularly one who has an office with responsibility for patient safety," said MSU interim president John Engler. in a statement on Friday.

"His behavior and attitude were unacceptable and went against the values ​​of this university," Engler continued. "Although completing the process of revocation of tenure would have been highly satisfactory, its immediate withdrawal means that we have achieved the same goal: the end of the relationship between Strampel and MSU."

Engler tried to fire Strampel earlier this year, but Strampel's tenure status meant the process would last until 2019. Strampel, who has been with MSU since 1999, will receive a final payment of $ 175,000. The payment, according to the MSU statement, "represents a salary commitment that Strampel claims to be entitled to during the long process of revocation of tenure."

Under the retirement agreement, Strampel lost the status of emeritus, which is an honor historically given to teachers who retire. He will also not receive executive level benefits, but will receive basic health care coverage, The Detroit News reported.

Strampel did not immediately respond to HuffPost's request for comment.