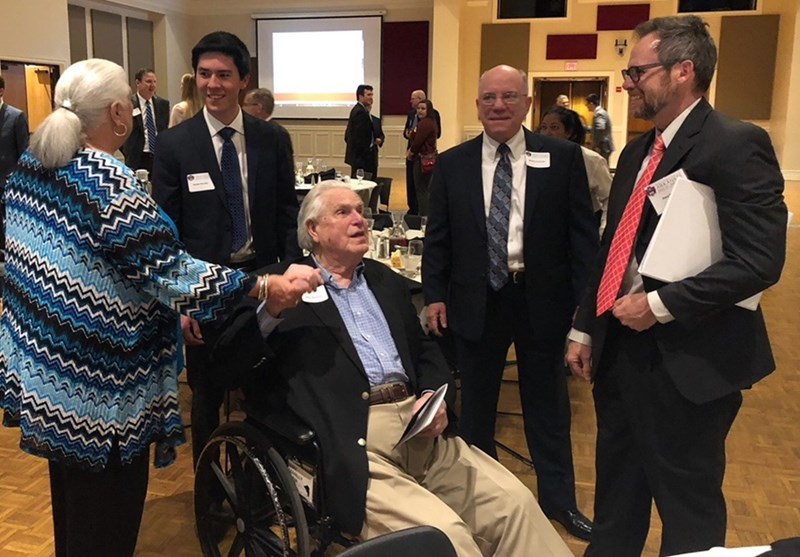 James P. Modisette, former head of the accounting department who had a 33-year career at the University of Arkansas, died Tuesday November 3 in Fayetteville. He was 88 years old.

"Dr. Modisette's 33 years of service to the university instrumentally impacted the accounting profession in Arkansas," said Gary Peters, chair of the William Dillard Accounting Department at the Sam M. Walton College of Business at the U of A. " Their tenure in college is an example of the impact college has on the Arkansas community. "

Modisette joined the accounting department in 1963 as an assistant professor. He succeeded Nolan Williams as department chair in 1971 and served until 1985. Under Modisette's leadership, the department instituted many professional activities, including conducting professional development courses in Arkansas and across the country in public and private accounting and accounting. conducting a review program for the CPA Exam.

He retired in 1996. An announcement of his retirement in the accounting department's newsletter at the time read: "Your memory still amazes students and alumni (usually it can tell you not only when you were in your class, but where you were in class. sat!) and his 'sayings' are legendary ".

According to his obituary, Modisette was the youngest of four children of the late Clarence and Lillie McCall Modisette. He was born on December 6, 1931 in southern Arkansas and attended Mt. Holly Public Schools, as well as Green's Business School in El Dorado.

Omicron Delta Kappa, the National Leadership Honor Society, recognized him with the Outstanding Teaching Award and received the Outstanding Advisory Award from the College of Business Administration. Beta Alpha Psi, the international organization for students and professionals in financial information, presented him with the Outstanding Faculty Award and was an active member of Beta Gamma Sigma, which honors academic achievement in the study of business. He was recognized by the Arkansas Society of Public Accountants for the many years he spent teaching continuing professional education courses.

His obituary read: "Based on his tutelage of so many business leaders, it has been said that James Modisette may have had as much influence over Arkansas CEOs and CEOs as anyone in the history of the state." Jim is survived by his wife, Diane, 56; two children: Amy Weyman (Scott) of Evanston, Illinois, and Mark Modisette (Debra) of Fayetteville; and three grandchildren: Jackson, and twins Eliza and Ben Weyman, also from Evanston.

A private service was held on Monday, November 9. Memorials can be made at Central United Methodist Church, P.O. Box 1106, Fayetteville, Arkansas, 72702.