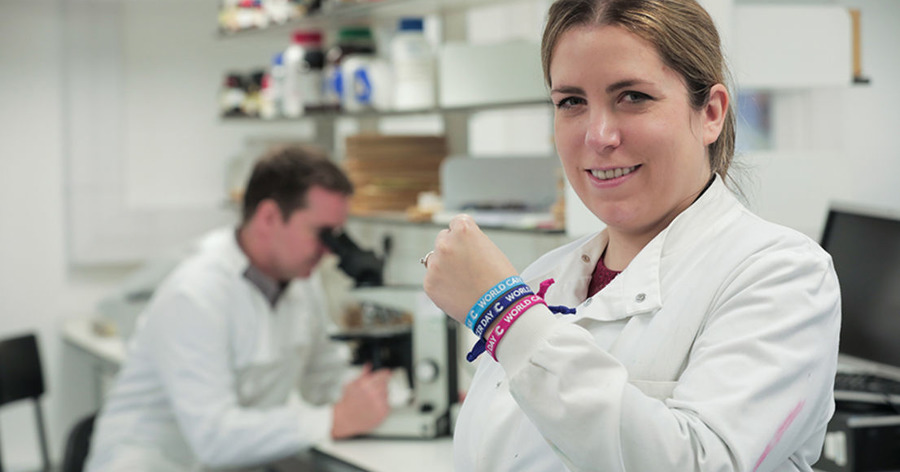 Esophagus cancer: the scientist at Queen's University earns a research prize of £ 855k

A CO DOWN scientist received more than £ 855,000 from a leading charity to find new ways to prevent esophageal cancer and improve the survival rates of the disease.

Dr. Helen Coleman, who resides at Queen's University in Belfast, was awarded the prestigious Cancer Research Prize in the United Kingdom, before the World Cancer Day today.

The Portaferry woman said she was inspired to work in cancer research after several family members were diagnosed.

She described being selected for the research award as "defining a career."

Dr. Coleman said: "My parents received cancer diagnoses but fortunately they survived. I also know about the devastating impact of esophageal cancer after three members of my husband's family were diagnosed with the disease.

"An uncle is a survivor, after he was diagnosed early enough to be treated with surgery, but the family sadly lost his other uncle and the father of our sister-in-law due to the disease, both within two years of his diagnosis. "

Every hour someone in Northern Ireland is diagnosed with cancer.

More than 200 people are diagnosed with esophageal cancer in the north each year and less than one in five will survive at least five years after diagnosis.

Barrett's esophagus, a condition in which some of the cells lining the food pipeline have begun to change, is much more common with approximately 900 people diagnosed here every year. In a small number of people, these cells can develop into esophageal cancer over time.

Northern Ireland has the only population record in the world of all people who have been diagnosed with Barrett's esophagus, and these data will form the basis of their study.

Dr. Coleman will investigate the impact of new endoscopic methods that have been introduced to monitor and treat Barrett's esophagus.

She will also examine the effects of lifestyle factors, such as smoking, alcohol and nutrition, as well as the use of medications such as aspirin for the survival of patients with esophageal cancer after completing common treatments such as chemotherapy and surgery.

Dr. Coleman explained: "Oesophageal cancer is difficult to treat because about three quarters of cases are diagnosed at a late stage.

" It's great to be selected for this career definition award and I'm excited for working to find new ways to prevent this cancer and new treatments to help patients survive longer.

"Belfast is the leading center in this type of large population study and I believe that our work can really make a difference in the lives of patients."