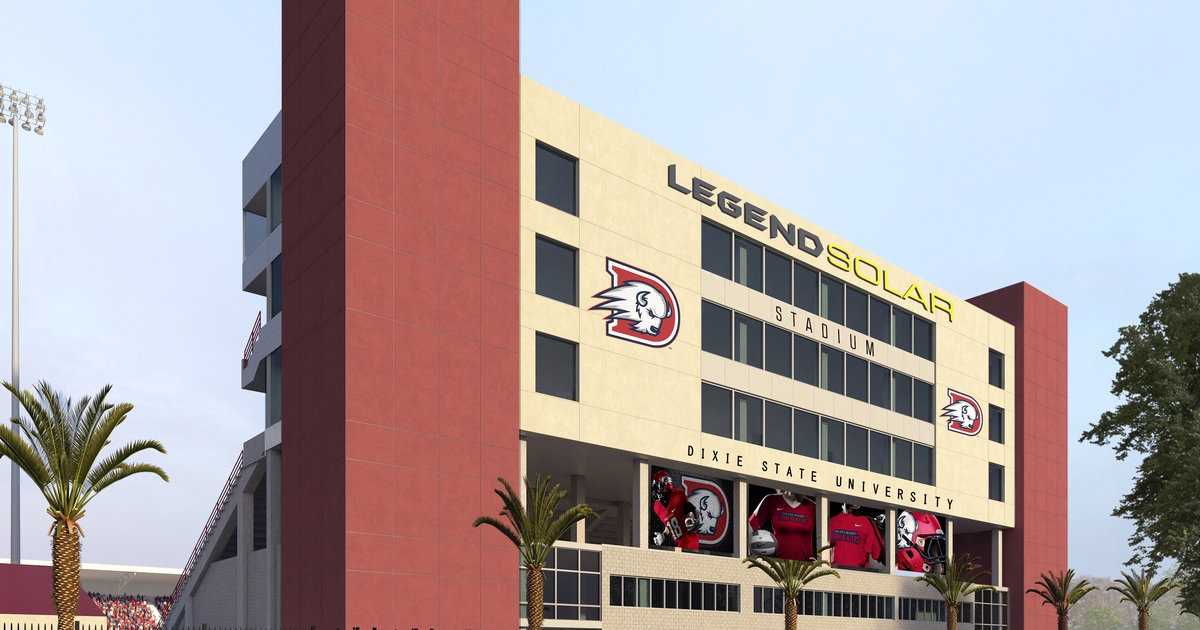 Dixie State University in St. George has discontinued a settlement agreement $ 10 million to name its sports stadium after Utah-based Legend Solar in light of the company's recent financial situation.

University officials and Legend Solar executives agreed on parts to "allow Legend Solar to focus on serving its customers, employees and the community," according to a DSU statement.

University spokeswoman Jyl Hall said the campus stadium will now be known as "Trailblazer Stadium" after the school's nickname, until the university can find another donor interested in naming rights.

Legend Solar had pledged to provide the university with a $ 5 million grant, but had only made two payments totaling $ 150,000 before failing to make payments in 2016, according to Hall.

The co-founder of Legend Solar, Shane Perkins, confirmed that the company had made only two payments for the donation.

The solar company in the St. George area was also supposed to provide $ 5 million in solar panels and technology to the Dixie state campus, none of which had been installed, according to Hall.

] Perkins, one of the co-owners of the company, said they parted company with Dixie State to allow Legend Solar to focus on addressing the accumulated backlog of its facility and paying its employees.

The deal with Dixie "was not a big annual expense for us," Perkins said, "but every penny counts to do things right with customers and employees for now."

Company officials have confirmed that some employees were left unpaid amid waves of layoffs in late 2017 and early 2018.

Once among the fastest growing companies in Utah's solar industry, Legend Solar announced that it would donate $ 10 million to the school in 2016. The deal would have been the biggest gift in the history of DSU.

At the time, Legend Solar said the gift was supposed to turn the stadium into the "largest, most efficient, and most friendly public seat with fans south of Provo."

According to Hall, the $ 150,000 DSU received from Legend Solar will go toward these ongoing renovations.

The construction of the east rostrum and the renovations are still ready to be completed by the end of April, according to the school statement, but will now be funded "by alternative revenue streams we designated before the break." ground to ensure that all bond payments are made, as we do in all construction projects. "