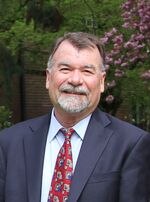 Oregon's oldest public university, Western Oregon, in the small town of Monmouth in the Willamette Valley, it will cut back several programs and the equivalent of more than a dozen full-time teachers, in hopes of anticipating the drop in enrollment that has only worsened during the pandemic.

Administrators say it is a necessary measure to protect the financial health of the university and a way to keep the 165-year-old institution affordable for future students. But employees, current students, and alumni say they are concerned about a change in campus culture and community, especially with the removal of programs like philosophy, which teach broadly beneficial skills such as critical thinking, analysis, and writing.

"To cut the philosophy is to cut the soul of the university," said Mark Perlman, chair of the philosophy department at WOU. “And it makes me very sad that certain people just don't understand that. All they do is live off spreadsheets, and that's not how you're supposed to handle things. ”

The equivalent of 11 non-tenured teachers is also affected, either by dismissal or a significant reduction in the classes they teach.

Dismissed professors, such as Perlman, will be employed at the university for one more year, as required by the teachers' union collective bargaining agreement. The cuts have been deeply divisive on campus, both because they mean the elimination of valued programs, but also because they are the result of a direction of process

At the end of last year, a task force that included the president of WOU, Rex Fuller, published a plan that established several cuts for the school. That final plan included the elimination of programs such as philosophy, anthropology and geography, master's degrees in information systems and music, as well as other certificates and minors.

That working group considered the cuts needed due to declining or declining enrollment in those particular programs.

"In all honesty, since we are a publicly funded university where enrollment matters, at this time, approximately 70% of our revenue comes from enrollment activities related to tuition and fees," said President Fuller OPB. .

Fuller will be retiring later this year, and some faculty and staff say that decision-making for program cuts has been too rushed, with many expressing a general sense

Both the teachers and staff unions at WOU initiated a “no-confidence” vote last year in which more than 85% of voting members expressed a lack of confidence in Fuller's leadership.

“I want to make it clear that this vote was never something that [the union] or the staff really wanted,” said Jackson Stalley, a library technician and president of the WOU staff union. "It was something that, as those voices got so loud from our colleagues on staff that we couldn't ignore it anymore."

Before these more recent teacher layoffs, WOU announced last year that more than 50 staff members were to be fired or not to renew their contracts.

Regarding the eliminations of the current program, the teachers union said that it is not convinced that such drastic cuts are needed, and if they are needed, then a more transparent process is necessary.

“We know that the budget is under some pressure at WOU. We are in the process of looking at the extent to which there is a budget issue, ”said Scott Beaver, communications director for the WOU Teachers Union. “But either way, we believe that if we had time to research how to reasonably address any relevant budget issues, we would be confident that we would be reaching an appropriate and justified conclusion. Many teachers don't feel that way at the moment. ”

Fuller said the next fiscal year is when the university will start to see savings from the program cuts, due to the one-year delay before the layoffs go into effect.

The planned cuts are estimated to save about $ 1.5 million from teachers' salaries. Total savings exceed $ 2 million when benefits and other personnel costs are included, according to WOU Director and Vice President for Academic Affairs Rob Winningham.

While administrators point to challenging budgets and declining enrollment over the past decade, students and faculty members like Perlman feel they are bearing the consequences of problems they did not create.

"It really feels like a betrayal on a very deep level," Perlman said. “My job as a teacher is to teach the students who are in my class. The administration's job is to get them to college and put them in my class. I've been doing my part all this time. The administration has been falling into the task of keeping the license plate where it should be. ”

Students say philosophy is not just for older or younger

Of the programs that are being phased out, philosophy is getting the most extreme treatment. Western is eliminating both senior and high school philosophy and laying off half its faculty – two out of four teachers. Those cuts deal a devastating blow to students currently enrolled at Western who suddenly have to rethink their future plans.

WOU philosophy student Zach Zappe attended college in his home state of Colorado and Florida, before transferring to WOU. He is scheduled to graduate next year, but said that if he cannot get a degree in philosophy, he will have to transfer elsewhere.

"I'm pretty heartbroken that I transferred to Western, and I might have to transfer again, which is, you know, transferring is a painful process and costs money," Zappe said.