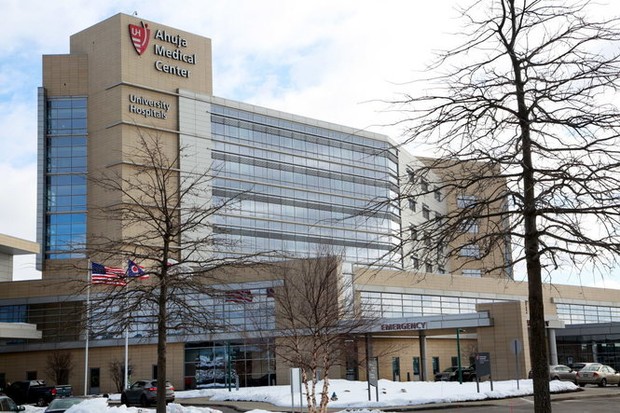 Company: The storage tank did not cause failures in the fertility clinic of the university hospitals

A company that supplied a storage tank at the Ohio fertility clinic said its equipment did not perform poorly or caused the loss of more than 4,000 embryos and ova in early March and blamed the failure on human error.

Custom Biogenic Systems said its initial investigation last month concluded that mistakes were made at the clinic run by University Hospitals in the suburbs of Cleveland.

The failure and the second the same day at a fertility clinic in San Francisco were the largest losses recorded in the United States, which caused centers across the country to review their procedures.

University hospitals said two weeks ago that the storage tank was having problems for weeks and that an alarm system had shut down when the tank temperature started to rise.

In a letter to patients, the hospital described how the tank underwent preventive maintenance due to a problem with a system that automatically fills the liquid nitrogen that keeps the embryos frozen.

The clinic planned to transfer the embryos to another tank and said it was manually filling the tank with nitrogen by pouring it on top.

Custom Biogenic Systems, which is based in Bruce Township, Michigan, near Detroit, said last week that it provided clinical instructions on how to thaw the storage tank and that it was not designed to be manually filled from the top.

The tank manual says filling the tank from the top "will cause the liquid nitrogen to come into contact with the stored samples," the company said. He also said that the storage tank is not designed to monitor liquid nitrogen that is poured on top.

University Hospitals said in a statement on Tuesday that it is working with the company and others to determine the cause of the failure.

"We intend to continue working with the tank manufacturer to ensure that this does not happen again," the statement said. "We have been careful not to blame, but we have accepted the responsibility."

University Hospitals, which has reported that around 950 patients were affected, faces several lawsuits.

The couples who had stored their eggs and embryos in the clinic had tried for years to become pregnant, had suffered multiple spontaneous abortions or had undergone cancer treatments that destroyed their fertility.

Custom Biogenic Systems also said it had nothing to do with the remote alarm system that had shut down. He said the tank worked correctly by indicating a high temperature condition and triggering a local alarm.

University Hospitals has said it does not know who turned off the remote alarm, which should have alerted staff to changes in storage tank temperature over the weekend of March 3, when no one was in the lab.