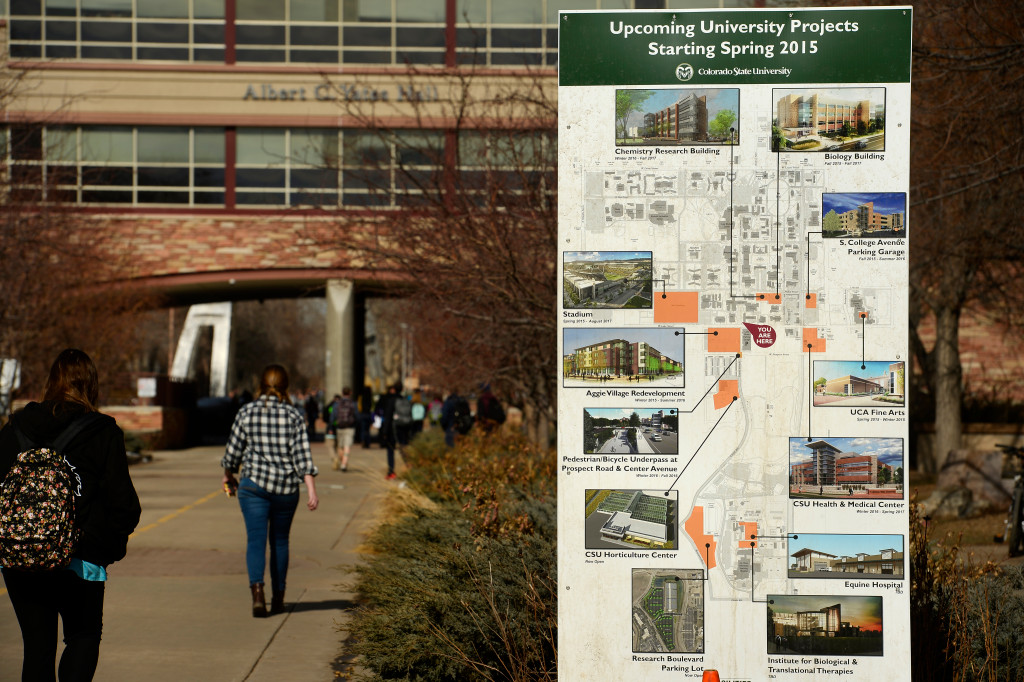 Two indigenous men who were touring Colorado State University were removed from the visit organized by campus police when a father called Report that she was nervous about her presence, school officials said Wednesday.

The police interrogated the men and allowed them to rejoin the tour, but by the time they were released, the group had moved on without them. Then, the men returned to the CSU's Ammons Room before leaving campus and returning to their home in New Mexico.

The incident on Monday has prompted a review by the university. CSU officials say the campus police responded appropriately to the parents' concerns, but also approached the two men who just wanted to visit the campus to see if they wanted to enroll in CSU.

"This incident is sad and frustrating from almost every angle, particularly the experience of two students who were here to see if it was a good option for them," university officials said in an e-mail to students on Wednesday.

"As a university community, we deeply regret the experience of these students while they were invited on our campus," the officers said.

The university officials could not be reached for further comments.

The CSU Admissions Office, the Vice President's Office for Diversity, the Native American Cultural Center and the CSU Police meet to review how such an incident can be avoided or how it will be handled "more appropriately" in the future.

The incident occurred during a CSU admission visit on Monday. One of the parents who participated in the tour called the campus police because she was nervous about the presence of two young people who joined the tour while it was in progress, according to the email.

The police responded to the call and contacted the youth, who are visiting from New Mexico, during the tour. The CSU officers spoke with the students, confirmed that they were part of the tour and allowed them to rejoin the group.

Due to the location of the tour when the contact was made by the police, the admissions guide did not know that the police had been called or answered, and the tour group had gone ahead without the students, the university said.

CSU police were required to respond to an individual's concern about public safety, the CSU said. Still, "the fact that these two students did not feel welcome on our campus while they were here as visitors goes against our Community Principles," CSU said.

Many people at a social gathering blamed the parents for overreacting to two non-white students touring the university.

"Seriously, this says a lot more about this father than CSU," wrote one man on Facebook. "Two tall non-white high school / college children are part of a campus tour? Clearly a sign of trouble! Absolutely ridiculous."