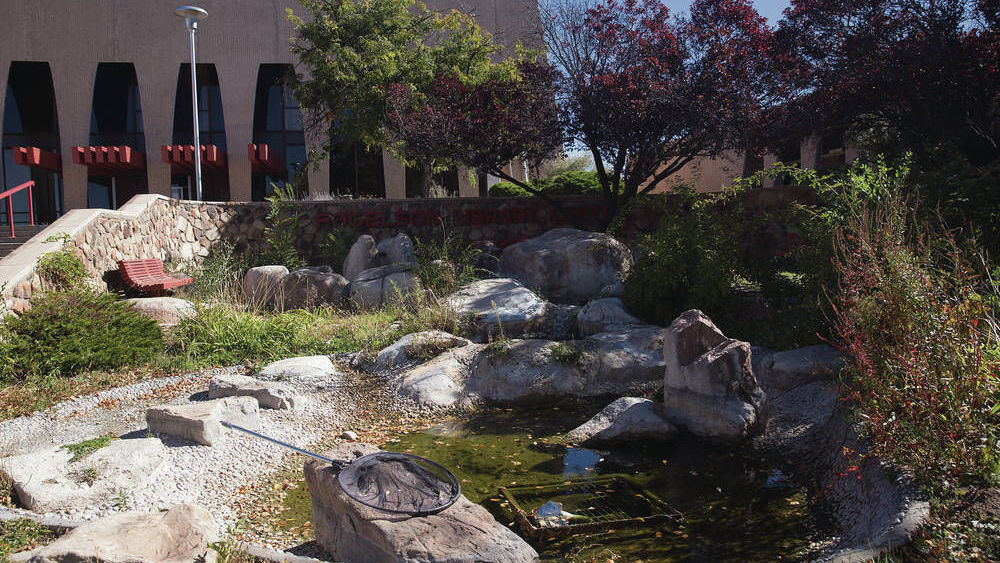 The 64-acre Santa Fe question is one step closer to an answer.

City officials on Wednesday unveiled a three-month public entry process to help shape the future of the considerable package in the middle of the city, an outreach initiative that they say will result in a single "strategic vision." directed by the community for the campus of the University of Art and Design of Santa Fe.

With the imminent closure of the university to color the conversations of the cafeteria and the municipal elections of March, the city wants to establish a wide network in the community and get ideas of redevelopment of the residents for the central zone, owned by the city.

Some type of educational component remains a focus, as do the workforce housing units, a job creation function and "civic uses," such as a possible new public library, said Councilman Mike Harris, citing a resolution wide that delineated the prospect The new campus dubbed the Midtown Campus Project aims to invite the community to "help us reflect" on those priority areas and the future of the campus approved by the City Council last fall

"How would we define that for this property? … That's why we're doing this: putting some meat on the bones," he said.

The project requires three phases of community participation, beginning this week and extending until May.

The first, "Collection", includes surveys and online activities to request "what residents consider appropriate and desired for the property, as well as [what] absolutely oppose," according to the project summary.

Next, there is a "Vision" process, in which five design teams take input from the community and "create visual and written representations" of what the property might be. The teams – formed by planners, landscape architects, architects, developers and the like – would each receive a stipend of $ 5,000, for reasons of motivation, according to the project's general description.

"Evaluation" is last. After residents vote on their favorite design or ideas, a final report will be compiled and presented to the City Council and the public.

"The first objective is a deep commitment throughout the city … for a greater scope than what has been done before in several master planning efforts," said Harris.

When the lights go out at the for-profit arts school in May, city taxpayers will be looking at around $ 2.22 million in annual debt service payments – absent new tenants and lease payments.

Officials continue to explore and collect different "scenarios" behind the scenes, Brown said. He and others declined to be specific, saying the negotiations were private, although Brown did allow talks with the University of New Mexico to explore some type of campus footprint remaining open on the site, which served for decades as the Santa Fe College before the city bought the property and the arts school took over.

"If the process [public input] leads to a determination of, 'The community really wants X', it could have an entity that wants to deliver X, and that could happen very quickly," he said. "… We are trying to create different scenarios to act quickly on any opportunity we collect after we have finished with the public process."

True "specially designed" "Buildings on campus will be out of bounds when participants play with online activities," Brown added, suggesting their value is such that they will continue through what redevelopment entails. Brown mentioned the 513-seat Greer Garson Theater, the Fogelson Library and the visual arts center as facilities that would remain, adding that the list of other structures that fall into that category would be available when the first online activity is published.

"They are too important, too valuable, both strategically and for the future use of the property," said Brown.

A former Army Army barracks in one The state part of the campus, damaged by a fire in May, will soon be demolished and removed from the campus, said Matt O'Reilly, director of urban asset development.

Last month, councilors approved a reduced rent to reflect the reduced use of the university campus owned by the city in the spring semester. The school will use only 23 acres of the 64.2-acre site, including parts or the 12 buildings. O'Reilly said the city is reviewing whether space is allowed to be "released" in other ways as school operations calm down.

"We really need to respect the young adults who are still studying there," said Harris.

The start of the university is May 12. Your lease with the city will end on June 30.