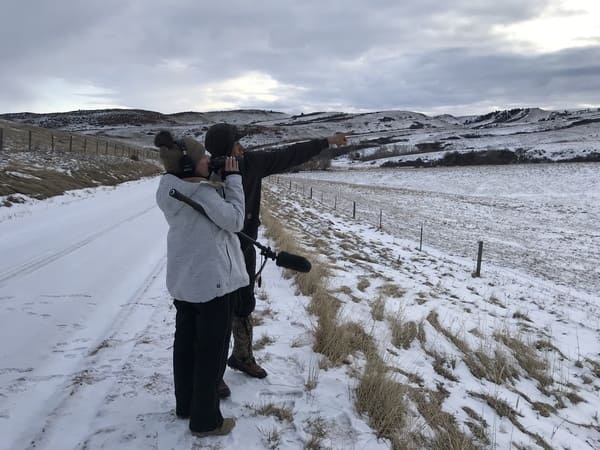 Change of Representation through Documentary

Native American tribes face real struggles in the United States that are often overlooked. Tsanavi Spoonhunter, an enrolled member of the Northern Arapaho Tribe, is a documentary maker who hopes to portray Native Americans in a modern way.

“What I would like people to understand is that the problems we face are modern problems that are real and that are happening in the backyard of America,” Spoonhunter said.

Spoonhunter's interest in long story telling began when he attended the Reynolds School of Journalism at the University of Nevada, Reno. Reynolds School's commitment to diversity and community outreach made a lasting impression.

A distinctive school memory for Spoonhunter was when Dean Alan Stavitsky spoke to students in the Native American Journalism Association's student newsroom during an Excellence in Journalism conference. Professor Myrton Running Wolf was also hired as a faculty member during her final semester at the school in 2017, allowing for greater representation of Native Americans in institutional spaces.

"The Reynolds School is making an effort to really look at the student body and what they can improve, which I think is great."

After his time at Reynolds School, Spoonhunter began work on his master's degree at the Graduate School of Journalism at the University of California, Berkeley. While there, he followed the Supreme Court case of Herrera v. Wyoming. In the case, the court ruled that the members of the Montana Crow tribe had the right to hunt on vacant land in Wyoming, as part of an earlier treaty.