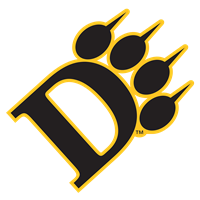 Maughmer added 20 points to go along with 11 rebounds and 10 assists for Cedarville, 1-1.

The Yellow Jackets, who finally had their healthy center lineup, were never behind in the contest.

The hosts erupted for 58 points in the second half by shooting 57 percent from the floor with an 8-of-11 showing from behind.

Cedarville outscored Tiffin 28-13 in the final eight minutes, including a streak from 13-1 in a period of 3:10.