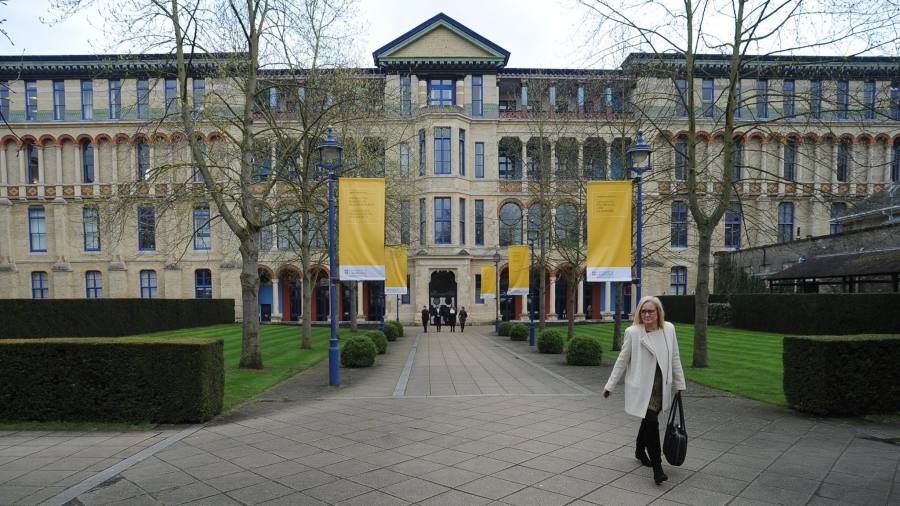 Beware of the reputation of the university tarnished by commercial ties

As the fiasco develops Facebook, an image remains in my mind: the Psychometric Center of Cambridge physically located within the Judge Business School of the University of Cambridge. It is called a "strategic research network", which means that it researches, but also sells its services to commercial companies. It has come to international attention because its studies reported the development of an application that passed data from Facebook to Cambridge Analytica . The case highlights the disturbingly blurred boundaries between business and academic research.

The collaborations between the academy and the corporations are nothing new, but they used to be less complicated. In the 1990s and early 2000s, energy focused on boosting technology transfer: how to ensure that the ingenious discoveries of academic researchers can be commercialized, and both the university and the researcher receive some reward. Protecting intellectual property was paramount. Revenue expectations, originally quite modest, increased in the United Kingdom, where there was a widespread feeling of delay in global competition.

Since then, the pressure has been based on higher education to ensure an increasingly striking research: this is how they receive funds and how they improve in the rankings to attract students and staff.

Individual academics face similar tensions. In order to survive and progress, researchers must publish and choose topics that are subject to abundant citations and media owners. These days, it can also help you study favorite fashion themes for students, who rate them on websites like ratemyprofessor.com. In the United Kingdom, student comments are a matter of great importance and affect the official quality rating of an institution's teaching. If they want to earn something beyond their salary, popular topics result in invitations to appear on the fee payment circuit.

But researchers must also gain access to companies that will find a market for their work. Then universities and academics have a need; the companies offer them data, ostentation and money. To ignore this imbalance of power, and the problems it generates, is an intentional blindness.

The mutual benefit of clear guidance in these relationships is clear. But there is a lack of open debate and serious scrutiny about the incentives for research

The University of Cambridge may have been dragged into the current embarrassing mess by the naivete about what some academics were doing, but the story reflects the biased incentives that are now a clearer investigation. Having coined the term, academics are directly targeted by the "auditor problem": the psychological difficulty of remaining objective and critical when spending large amounts of time with clients they depend on for income.

In life sciences, we have been here before, when Big Tobacco was so successful in co-opting academic science that, 20 years ago, all forms of cooperation were forbidden. We have also seen the ravages caused when pharmaceutical companies tried to buy academic credibility.

The commercial benefits of an unblemished academic rigor. The social sciences, under the fire of influential studies that can not be replicated, would benefit from real-world tests. The mutual benefit of clear guidance in these relationships is clear. Universities have policies designed to enforce rigor and integrity. But there is a lack of open debate and a serious analysis of the incentives for research. And the life sciences offer lessons beyond reputational disaster scenarios.

In clinical drug trials, the Medical Research Council requires that outcome data be available after a period of six months. This ensures that negative data is not buried. A similar pattern could offer some protection to the social sciences or to business researchers who present results that are uncomfortable for companies or sectors. It can not completely offset the auditor's effect, but it can mitigate flattery. This could be a good proof of the corporations' commitment to objectivity.

Due diligence on the reputational risk represented by corporate partnerships must be rigorous enough to support the attractiveness of advertising and financing. Ethics committees should interrogate the research topic more deeply. They need a vision and a solid definition about how the analysis will be used and who will do it: complicated in a world where algorithms are business secrets. The ethical issues implicit in social science and technology projects should be explored, debated and incorporated into policies.

All these concerns are much more subtle than past collaborations. Star scholars now found their own businesses, hoping to capitalize on their research. Universities host companies that expect to add brightness and attract funding. Conflicts of interest abound and transparency is uneven at best.

Universities and corporations are at an important moment, when the integrity and legitimacy of both are questioned. Who are they for, whom do they serve and, most importantly, how do they complement and contribute to society in general? This is exactly the debate that universities should try not to follow but to lead.


The author is the author of "Intentional Blindness" and "Greatest Prize"