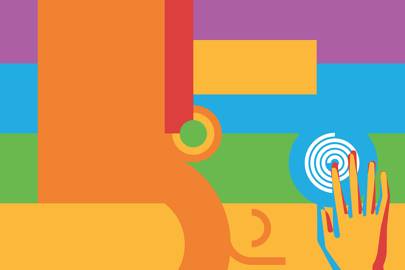 Apple should open a free university for all

Apple's ability to create low-cost products and sell them at premium luxury prices has led them to a greater amount of cash than the Russian stock market and the combined market capitalization of Boeing and Nike. The big question is whether Apple has the obligation to spend this huge pile of cash. And, if so, how?

My suggestion: Apple should launch the largest university without license plates in the world.

The company has its roots in academia and its brand is very good with creative services and education. But, ultimately, I also believe that this idea is a great profit opportunity.

How can Apple make it free and profitable? It needs to "flip" the current funding model, making it free for students and charging companies to recruit there. For the time being, companies go to universities and consider them their giant human resources departments. The reasons are obvious. Universities are excellent for selecting candidates, choosing smart people, ensuring that they can work in groups and that they are emotionally stable. Universities are not in the business of education, as much as they are in the business of granting credentials to their students. Apple would be very good to attract the best candidates. And in exchange for access to these students, companies would be willing to pay a large amount of money.

Corporate earnings are at an all time high. Student debt is at an all time high. Then, we must turn the model and put the costs of education in the corporation. Apple could also implement a bidding system, similar to what Google and Facebook do in advertising, where companies are betting to have access to the best students for the first time.

Teach creativity to children. Ultimately, the machines will be better at coding

Apple would immediately get several million applications. Or enough applications where they can have an exceptional faculty. And then, by offering a free tuition, they can put competitive pressure on my colleagues to start offering classes at a lower price. This is desperately necessary because we currently have this cartel that makes OPEC look mimosa and socially conscious.

I work with one of the best faculties in the world, and I think two thirds could leave and not get lost. Now, does that mean they should be fired? No. But does it mean that they should earn as much money as they do, without the same competitive pressures that everyone faces in the market? Of course, no. This only translates into outrageous fees that children finance with debt. Which means that they receive houses later; which means that families start later; which means they run less risk: it's a drain on the economy.

So, I think a good dose of this technology-inspired competence and efficiency would be great for the academy. Today, we currently have the wrong attitude. We move people away and we take pride in our exclusivity. It's like a shelter for the homeless presuming on people who do not let the door pass. The whole mentality is screwed.

Apple stores can be used as a campus for Apple University. The stores are in very dense and populated areas; they are not used after hours and they are already starting to give some classes.

As told to WIRED by the head of consulting Tom Upchurch

This month at WIRED we are seeing how the most valuable company in the world can be the owner of the future. This is how Apple can think differently and change the world over and over again.