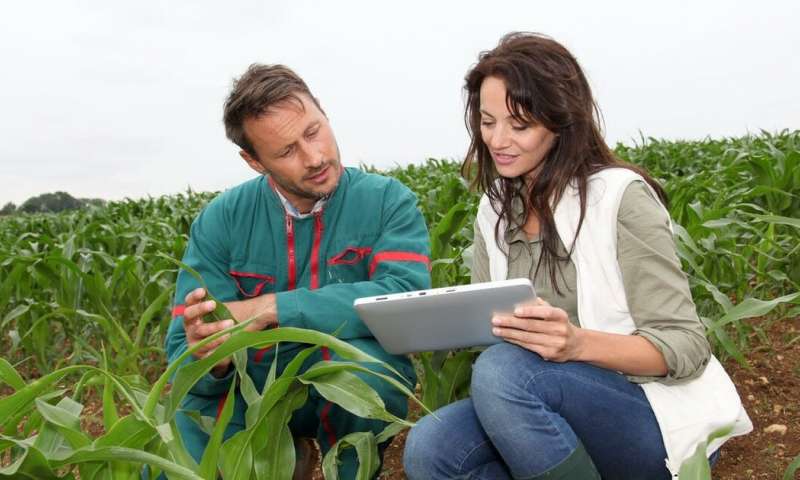 After the coronavirus, universities must collaborate with communities to support the social transition

COVID-19 comes with a set of pressing social challenges. These include environmental catastrophes such as Australia's droughts and forest fires, and the impending crisis of global warming. Social and health problems — including debilitating poverty, racial and income inequality, and chronic disease — are also important.

In this turbulent environment, universities have an important role to play as anchor institutions that support communities in transition.

Instead of undertaking knowledge work on behalf of society, they should do it in collaboration with society. This means establishing relationships with companies, industries, governments and non-profit organizations, to name just a few.

Outside the ivory tower

Recent decisions by the federal government to change the JobKeeper legislation three times, so that university personnel are not eligible, have left many in the sector feeling undervalued.

Criticism of universities comes from both sides of politics. For many people, universities remain institutions that incorporate past imperial practices.

The rise of the #RhodesMustFall movement in South Africa and the United Kingdom, and the growing movement in Australia to decolonize the curriculum, demonstrates the frustration of Black and First Nations students at an institution they still consider predominantly elitist and white.

On the other side of the political spectrum, universities are seen as distant and disconnected from the real-world concerns of business and ordinary people.

In 2017, the then Vice Chancellor of the University of Melbourne, Professor Glyn Davis, warned of a "growing wave of hostility" towards universities.

And the former president of the University of Pennsylvania argued that to ensure continued relevance, universities must interact with the real world and move "out of the ivory tower and onto the streets."

Universities have done reasonably well compared to declining levels of trust in other institutions. But it is fair to say that universities are based on an expert model that values ​​academic knowledge and often delegitimizes other forms of knowledge and learning.

This often gets in the way of constructive collaborations between universities and communities.

COVID-19 has allowed a brief resurgence of public and government confidence in the experience. Researchers from universities and medical institutes, public health officials, and politicians have been working together on the same problem.

Each one has been able to contribute their experience (and interests) at critical points in the decision-making process.

No consideration (such as opening up the economy) has been given primacy over another (protecting Australia's health). Instead, the evidence and difficult calls made along the way have been weighed.

This committed decision-making process has been a key component of building public trust. For this trust to continue, universities need to learn from this period and create new processes.

This point was better said by the French philosopher, anthropologist and sociologist, Bruno Latour, when he argued that the COVID-19 pandemic has given the public the opportunity to participate in scientific complexity and debate among themselves about statistics, experimentation and how diseases spread.

He said: "If you want people to have an idea of ​​science, you must show how it is produced."

But it goes beyond transparency. It is about respecting all kinds of knowledge in the search for answers. Regarding the science of climate change, Latour argued that far from being an elite effort, everyone can contribute to a conversation about climate and its impact on their community.

Respect and commitment to knowledge outside the "academy" is essential both to build trust in experience and to find better solutions to the problems facing the world.

A new way forward for universities

Research partnerships between indigenous elders and university scholars are an excellent example of committed research.

At the University of New England, researchers are working with the Banbai nation to better understand how to use the practices and science of indigenous land management to apply fire strategically.

Extending this approach to the world of public policy, the Bushfire Royal Commission is trying to understand ways in which "the traditional practices of land management and fires of indigenous Australians could improve Australia's resistance to natural disasters" .

Griffith University is involved in "Logan Together". This collective impact project, to support early childhood intervention in the Logan community, is a radical way for a university to adopt its role as an anchor institution.

The project deliberately empowers citizens and places community members in leadership roles throughout the project. The objectives and results of this project are jointly designed with members of the community, industry, and government.

Students learn on the job, and nonprofit partners benefit from the students' experience.

But how do universities change?

University groups such as the Talloires Network and Engagement Australia defend the unique role that universities have in addressing today's global challenges through teaching, learning and research partnerships.

The Carnegie Community Engagement Ranking (now piloted in Australia by ten universities) has set a gold standard for engagement. This is based on the principle of reciprocity between universities and their partners in the community, government, and industry.

It outlines a new era for universities, abandoning the expert model and adopting the concept of committed research and teaching.

Externally focused, Carnegie promotes the "association of […] university knowledge and resources with those of the public and private sectors to […] address critical social problems and contribute to the public good"

Universities complete a process of accreditation to receive the Carnegie classification. The classification recognizes the old adage that an organization values ​​what it measures.

Traditional university classification systems are mainly based on indicators related to research, mainly reputation, citations and funding. Although these are important metrics, they do not speak to the broader public benefit of the university and the role it plays through teaching, learning, and research participation.

The Carnegie classification rectifies this imbalance. Ask universities to provide evidence of their participation activities and demonstrate that they are part of the university's core mission. It encourages universities to reflect on their relationships with industry, the community, and the government, and gain insight into how the university can improve its engagement practices.

Participation in the process provides universities with a roadmap for becoming a different type of university. It enables them to examine the culture of traditional academia and whether institutional practices hinder collaboration and trusting relationships with those outside the academy.

COVID-19 has shown how to address the current crisis (and other major problems) as a multi-stakeholder in creating new knowledge for a social purpose, it has the capacity to renew the social license of universities.

Provided by
The conversation


This article is republished from The Conversation under a Creative Commons license. Read the original article.

Quote :
After the coronavirus, universities must collaborate with communities to support social transition (2020, June 18)
Retrieved on June 18, 2020
from https: //phys.org/news/2020-06-coronavirus-universities-collaborate-social-transition.html://19459010…………………………….19459009]
This document is subject to copyright. Other than any fair dealing for the purpose of study or private investigation, no
part may be reproduced without written permission. The content is provided for informational purposes only.