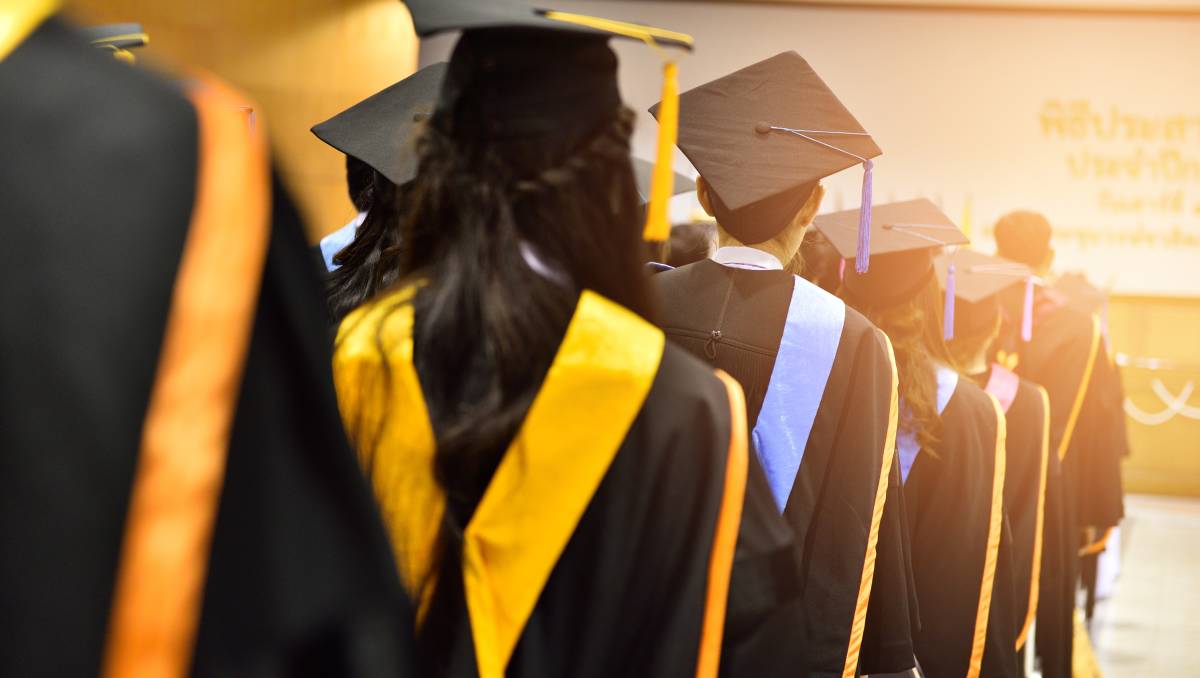 A university degree is no longer enough

Once people dropped out of school, joined a company, pushed their way through the ranks and eventually retired with a pension.

You can build a good and well-paid career that will ensure your future without academic excellence or a particular affinity for university study.

In 1970, less than 200,000 Australians attended college across the country and there were 239 men for every 100 women enrolled. It was a path taken at the elite level, usually with a very specific career result in mind, such as becoming a doctor or lawyer.

Now, almost 50 years later, we have more than 1.2 million students enrolled in the university. Very often it is considered a place to go to "find yourself" and define your career path as you go along. The gender division has also been tilted in favor of women, with approximately 100 women for every 80 men admitted.

Many students sign up with a plan in mind, but at the end of their first year they have decided to change direction.

I am not the exception. I enrolled in college with a plan to take a diploma in the arts, followed by an education diploma that would allow me to become a history / English teacher. My parents are retired teachers, so this made sense to me.

At the end of the first year, I discovered that career options extended beyond the teacher, lawyer, doctor or nurse and there was actually a broad world waiting to be discovered.

I took archeology on a whim and fell in love with it, ending up doing a special double in ancient and medieval archeology / early modern history, with the high vision of working in a famous auction house like Sotheby's.

The goals change for many reasons, but the university allowed me to open my eyes to the spectrum of opportunities.

As a professional development career, I see innumerable job announcements every week. Many of them seek tertiary qualifications for functions that previously would have been obtained through on-the-job training.

It is also becoming increasingly obvious that there is a ceiling for the professional development of those without tertiary qualifications: once we reach a certain level, a qualification becomes a requirement.

However, at the initial level (not only in postgraduate courses), the market is becoming increasingly competitive, not only because of growing tertiary expectations, but because of the inclusion of industry experience in the criteria.

A university degree, it seems, is no longer considered sufficient.

I think we forget that the universities themselves are businesses and are driven by the needs of the market. Having worked with several executives in this space over the years, it has been fascinating to learn how industry alliances are included in the strategic planning process of universities.

Interacting with these industry partners to understand what they are looking for in their staff (current and future) has generated the development of curricula in several areas, including health and safety at work, human resources and business management, for name some.

Universities research the desirable educational foci of the industry, talk about their connections and create courses tailored to meet the needs of the industry and then sell them to these companies and anyone who wants to work for them. These courses are often sold as short courses that can then serve as stepping stones in longer undergraduate and graduate programs.

It has been gratifying to see that more and more universities are returning to the influence of the old technical colleges, with an increasing number of institutions that include work placements as part of their basic studies program.

This is creating a gap between students who graduate with these locations to their credit and those who graduate from universities without such offers.

The need to investigate the structure of the university curriculum before registration is essential: you must think about your final game even before enrolling in the course.

However, I wonder, what happens to those of us who are intelligent, good problem solvers, even innovative, but who do not fit into the mold of academic study?

How Do these valuable employees find a rewarding professional structure?

In the United States they are labeled "disabled for learning" and are grouped with services for the disabled. Surely, the difference is not always "disabled"?

You must think about your final game before you even register.