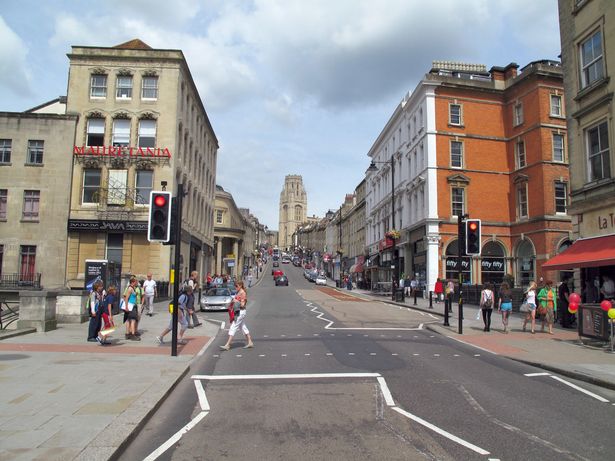 A student at the University of Bristol who died after falling about 500 feet from a mountain on Year Day New is from Germany, police said.

The 21-year-old student, who was on a hiking trip with friends in the Highlands, was climbing with three other people in Ben Nevis when she died.

The woman's family has been informed and her death is not being considered suspicious.

It is understood that a report will be presented to the Public Prosecutor in due time.

It was on what is known as the 'path' at Carn Dearg in Ben Nevis when the rescue teams received a call around 10:30 am on New Year's Day.

A spokesman for the University of Bristol said the tragedy had "felt deeply" among the university community.

The spokesman added: "With great sadness, we can confirm that On January 1, 2019 one of our students died in an accident during a hiking trip to Ben Nevis in Scotland.

"The student was part of a larger group of students who had organized this year trip new to the highlands.

"Our hearts are with this student's family and friends."

"This tragic accident will be deeply felt in our university community, and we will make sure that there is support available for all those affected."

John Stevenson of the Lochaber Mountain Rescue Team said the woman and her friends had been climbing what is known as the "cornice route."

Mr. Stevenson said: "We had to get the other three out of the mountain – they were trapped.

" The weather cleared and the helicopter managed to enter and transport them.

"The woman was located, she had not survived, I think the rocks would have been quite icy, it was a big fall."

A statement posted on the Lochaber Facebook page of the mountain rescue team said: "The team had to recover a young climber who unfortunately lost his life after an accident at Carn Dearg in Ben Nevis.

"We convey our heartfelt condolences to his family and friends, a very sad beginning for 2019."

It is the second death at Britain's highest peak in recent weeks. Patrick Boothroyd, 21, of the West Yorkshire area, died in a fall on December 16.

If you need to speak with someone who receives mental health assistance from the university, you can call 0117 330 2720.

The university has a range of support available to students and encourages anyone who wants to support you to search for it.